Pope Francis waves to the faithful as he holds his weekly audience in St. Peter's Square on March 19, 2014 in Vatican City, Vatican.
Franco Origlia—Getty Images
By Elizabeth Dias

Malala Yousafazi and Kailash Satyarthi were awarded the Nobel Peace Prize Friday morning. Pope Francis, a hotly-rumored choice for the honor, did not. And that’s almost certainly just how Pope Francis would want it to be.

Popes do not win the Nobel Peace Prize. It’s just not done. Not even Pope John Paul II was awarded the prize, even when it was widely rumored that he would be its recipient in 2003 for his opposition to the U.S.-led war in Iraq.

Part of the current Holy Father’s global appeal is that he shies away from accolades. They do not fit with his mission, or the ethos of humility that he is trying to infuse into Holy See culture. This is a man who pays his own hotel bill the morning after being named the heir of Saint Peter, even though the Vatican owns his hotel anyway. He is a man who wears old shoes and simple robes, and who refuses to live in the Vatican’s apostolic palace. He has his eyes on a bigger prize, to quote words of the Apostle Paul, toward the upward call of God.

Friday, he again showed that characteristic humility. The announcement of Malala’s win came at 11 a.m. Rome time. Typically, every day this week at 11 a.m., Pope Francis has been finishing a coffee break with the bishops from around the world gathered for the Extraordinary Synod of the Bishops on the Family. (The gathering is the first major policy event of his papacy, and one he specifically called so that church leaders could discuss practical issues facing modern marriages and families.) But this morning, he quietly snuck out of the Synod hall a few minutes before the Nobel Prize committee announced the honoree. Whether it was his intent or not, that move made sure that he would not be in front of any cameras or an audience that might have applauded him if he had won.

Malala’s win also means that Mother Teresa, who won the prize in 1979, remains the most prominent Catholic in history to have received the honor. It is fitting for Pope Francis, by his absence, to continue the legacy of honoring women’s role in society—not only has he been working to bring attention to challenges of family life in the Middle East, but he also has shown sensitivity to women and to their leadership in Church life.

Plus, in what is one of history’s ironic twists—or some might say, providentially recurring themes—Mother Teresa opened her acceptance speech with a prayer of St. Francis of Assisi, the saint for whom Pope Francis chose to be named.

For many, Pope Francis is doing just that, Nobel or not. 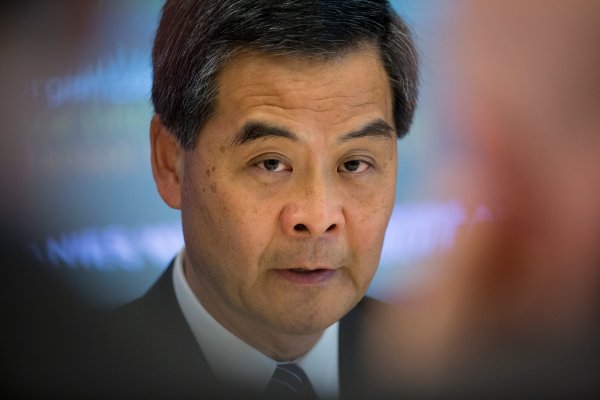 Pressure Mounts on Hong Kong's Leader
Next Up: Editor's Pick