Dr. Tom Frieden, director of the Centers for Disease Control, listens while US President Barack Obama makes a statement to the press after a meeting in the Roosevelt Room of the White House October 6, 2014 in Washington, D.C.
Brendan Smialowski—AFP/Getty Images
By Noah Rayman

The head of the Centers for Disease Control and Prevention warned Thursday that the world must act to prevent the current Ebola outbreak from becoming “the world’s next AIDs.”

CDC Director Tom Frieden made the remark while speaking at a conference at the World Bank in Washington, D.C. with representatives from around the world Thursday, including United Nations Secretary-General Ban Ki Moon and International Monetary Fund Managing Director Christine Lagarde, the Washington Post reports.

“In my 30 years in public health, the only thing that has been like this is AIDS,” Frieden said. “We have to work now so that this is not the world’s next AIDS.”

More than 8,000 people in Western Africa have been infected with the Ebola virus, according to the WHO, and 3,857 people have died. Thomas Eric Duncan, the first person to be diagnosed with Ebola inside the United States, died on Wednesday.

The CDC has projected that, without any intervention measures in West Africa, some 1.4 million people will be infected with Ebola by January. But the international community is stepping up efforts to contain the virus in the region, with the U.S. alone committing more than $500 million and approving the deployment of 4,000 troops to help fight the disease. 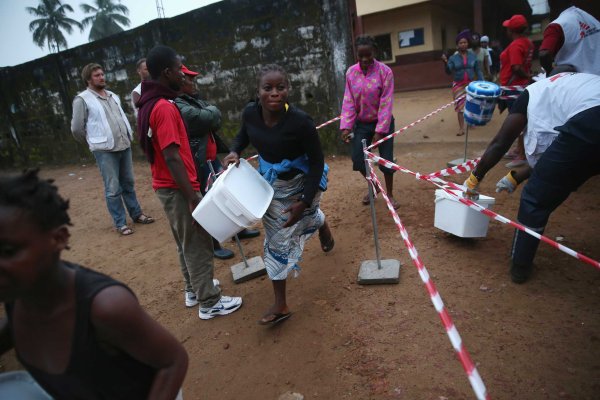