When they’re trying to change someone’s mind, people often assert their position and then dig in. I think it’s better to backpedal a bit first and pose open-ended questions. That way, you’ll discover how you can both get what you want. Say you and your husband disagree on vacation plans: He wants to go camping; you prefer a nice hotel. Ask him, What’s important about going camping? What do you love about it? How important is it to do that with the family? Would you be interested in having a separate camping trip with your friends? Try to dis­cover his interests and needs. That can help you come up with something that’s mutually agreeable. Maybe you’ll decide that the vacation is five days camping and two days in a hotel on the way back.

Lisa Gates, a negotiation consultant and coach, is the cofounder of SheNegotiates.com. She lives in Santa Barbara, California.

(MORE: How to Make Positive Changes in Your Life)

President Franklin D. Roosevelt understood that people living through the Depression were afraid that things would only get worse and that they would lose what little they had. Rather than addressing those fears directly, he announced, “The only thing we have to fear is fear itself.” This reframing paved the way for his first reforms and the New Deal. Follow that lead. If you find a way to recast the subject at hand so that the person is prompted to think about things differently, you are far more likely to make a long-term impact.

Howard Gardner is a professor of cognition and education at the Harvard University Graduate School of Education and the author of Changing Minds ($18, barnesandnoble.com). He lives in Cambridge, Massachusetts.

(MORE: How to Look Good in Pictures)

Make It Their Idea

In a discussion, there’s often something that both parties agree upon. Identify that common ground, then take the idea and move it to a place where you want to go. You might say, “What naturally follows from your idea A is B, C, and D. What do you think of that?” And try to give them credit for thinking about B, C, and D. The smartest technique, if you can pull it off, is to convince your opponent that the solution you want is really their idea. Francis Underwood does this on House of Cards. He also blackmails and kills people, but this is actually his most persuasive tactic.

Barry Scheck is a cofounder of the Innocence Project, a nonprofit dedicated to exonerating wrongfully convicted prisoners. He lives in New York City.

People live very busy lives, and information is thrown at them throughout the day. If you want to get someone’s attention, appeal to her specific needs or interests. For example, before I asked a young person to register to vote, I had to communicate what was at stake for her, whether it was making college more affordable, climbing the economic ladder, or addressing climate change—all things that young people care about. To persuade successfully, you have to understand people’s situations and where they are coming from. Really, that’s more than half the battle.

Stephanie Cutter is a cohost of CNN’s Crossfire and the former deputy campaign manager for President Barack Obama. She is also a founding partner of Precision Strategies, a brand consultancy. She lives in Washington, D.C.

Cop to the Holes in Your Argument

When you are battling someone to win, you are not truly persuading someone. It’s like that old saying, “One convinced against his will is of the same opinion still.” Instead, be up-front about the drawbacks to your argument and address them. When you do that, you accomplish two things: You signal that you understand the full complexity of the argument; you’re not just regurgitating glib talking points. And you show people that you’re honest. Instead of giving only the points that make your case, you’re addressing the whole spectrum of argument. This makes you more trustworthy and therefore easier to listen to.

Megan Mcardle is a columnist for Bloomberg View and the author of The Upside of Down ($16, barnesandnoble.com). She lives in Washington, D.C. 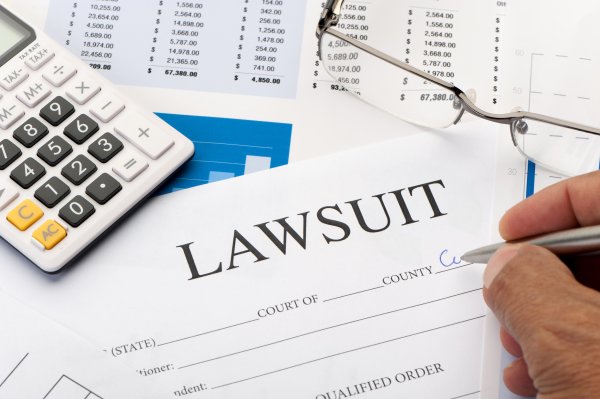 7 Tips for Handling Your First Lawsuit
Next Up: Editor's Pick