Strong sales of Apple’s latest iPhones are reportedly leading some suppliers to push back on the tech giant’s plans to mass-produce a larger-screen tablet early next year.

Apple’s suppliers had originally planned to produce the larger iPad beginning in December, the Wall Street Journal reported, citing people familiar with the matter. But the newspaper said it would be challenging for display makers to both meet the demand for the new 5.5-inch iPhone 6 Plus and also spend a few months ramping up production for a new larger screen iPad, which would also be a new display size that Apple hasn’t produced before.

The speculation about the timing of the new iPad comes just a day after Apple issued media invitations for a “special event” it intends to host on Oct. 16 in Cupertino, Calif. At that event, which will be a little over a month after the company’s last product launch, Apple is expected to unveil new iPads and updates to its iMacs. Some are reporting that Apple could also reveal a gold iPad.

The potential delay in the timeline of new iPad production comes as Apple has reported record-breaking early sales of its newest iPhones. The company sold over 10 million of the devices just three days after the launch in September, and is still rolling out launches to many foreign markets throughout the rest of 2014. Both of the new iPhone 6 models use larger screens than prior versions of the popular smartphone. 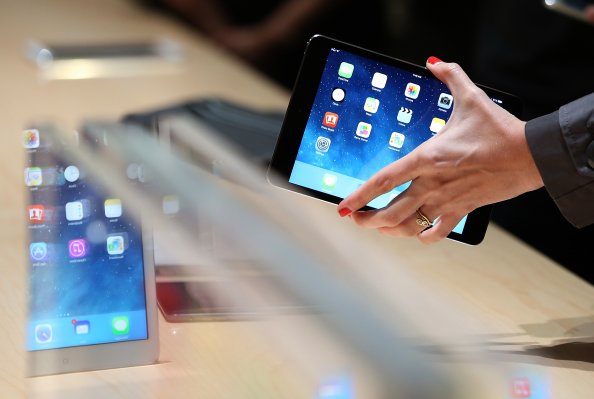 Apple's Next Event Is Oct. 16
Next Up: Editor's Pick