The Indelible Lessons of Auschwitz

A replica hung in place of the stolen infamous "Arbeit macht frei" sign at the former Nazi death camp Auschwitz in Oswiecim, Poland on Dec. 18, 2009.
Jacek Bednarczyk—AFP/Getty Images
Ideas
By Mary Eberstadt
Eberstadt is the author of several books, including It’s Dangerous to Believe and How the West Really Lost God.

From the murderous pogroms of the 1930s to the chanting mobs calling for “death to the Jews” in a slew of European cities today, anti-Semitism and violence have historically gone hand in hand. It’s no surprise, then, that the rise of born-again terrorist groups marching in lockstep with al-Qaeda—chief among them the Islamic State of Iraq and Greater Syria (ISIS)—has been accompanied by an increase in Europe of boycotts, protests, beatings, firebombed synagogues and other attacks on Jews.

That’s unnerving news in more ways than one. For decades, most people in Europe have believed the monster of anti-Semitism to be all but buried for good. Not quite. Across the continent, physical as well as verbal attacks on Jews are shocking the consciences of people who never thought they’d see such displays there again. Against this backdrop, and with ISIS and its supporters rooting openly on social media for a new Holocaust, it’s worth meditating for a moment on a historical milestone just ahead.

Nov. 24 marks the 70th anniversary of Heinrich Himmler’s 11th-hour attempt to hide the Nazi genocide. With the Red Army practically at the gates of Auschwitz, the largest of the Nazi concentration camps, Himmler—chief overseer of the so-called Final Solution—ordered the crematoriums at the camp destroyed and the killing of Jews throughout the Reich to cease.

Himmler’s attempted cover-up failed miserably. Seventy years of trials, books, museums, documentaries, memoirs, testimonies and articles have so powerfully borne witness that one can only wonder whether, by 2014, there is anything at all left to say.

The answer from all directions continues to be not only yes, but also plenty.

For one thing, there’s the fact that writers of stature continue to mine the signature horror of the 20th century. Today’s prominent example is British novelist Martin Amis, who grappled with the Nazi genocide in earlier fiction too. Amis’ new book, The Zone of Interest, is a satire set in a fictionalized version of Auschwitz.

The novel has become the object of impassioned—largely positive—reviews in both the U.S. and Europe (though it has yet to secure a German publisher). The sheer amount of international attention goes to show that in literature at least, there’s no such thing as the last word on the Holocaust.

Amis isn’t the only current writer of fiction who dares to take up the subject. British novelist Philip Kerr is the author of a series of Berlin-based noir procedurals in which a Marlowe-esque protagonist, detective Bernie Gunther, is repeatedly enmeshed in major episodes of Nazi history. In addition to fiction written for adults, Holocaust-themed literature for children and teenagers is also flourishing and often assigned in classrooms, at least in the U.S. Among the most popular: Markus Zusak’s The Book Thief and John Boyne’s The Boy in the Striped Pajamas.

This fall has seen two other new commentaries destined to leave their marks. One is the English translation of researcher Bettina Stangneth’s Eichmann Before Jerusalem: The Unexamined Life of a Mass Murderer. Already well known in Germany, the book challenges Hannah Arendt’s “banality of evil” thesis via new documentation from Eichmann’s years in Argentina that reveal him repeatedly as an anti-Semitic braggart, a proud Nazi and a master manipulator. At the same time, a new film called Night Will Fall—about a rarely seen Holocaust documentary created in 1945 by a team including Alfred Hitchcock and Sidney Bernstein—is playing in theaters across Great Britain.

In September, coincidentally, German prosecutors charged a former member of Hitler’s SS named Oskar Gröning with 300,000 counts of accessory to murder. This so-called accountant of Auschwitz is 93 years old. What will happen when the last camp guard finally dies off, the last survivor ceases to tell the tale? Will the world then forget about the death camps at last, and move on?

Even seven decades after Himmler’s attempt to conceal the Nazis’ crimes, that’s impossible to believe. No one can erase the collected, recorded knowledge of what happened. Auschwitz remains what it has been since the Nazis first set boots in the place: the inescapable moral Rorschach test of our time, and of foreseeable times to come. n

Eberstadt is a senior fellow at the Ethics & Public Policy Center in Washington and author of How the West Really Lost God: A New Theory of Secularization. 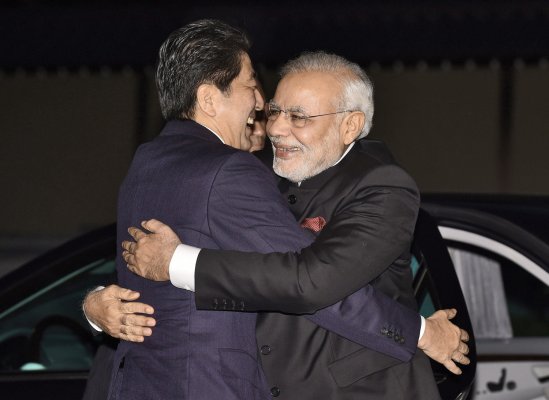