Smoke rising from the Syrian town of Kobani Thursday marks where clashes between its Kurdish defenders and ISIS attackers are underway.
Emin Menguarslan / Anadolu Agency / Getty Images
By Mark Thompson

Once a United States military effort bogs down, as is now happening in the battle for the Syrian border town of Kobani, two things happen: Pentagon officials explain why what is happening should come as no surprise, and experts carp about how it is a surprise and could be done better.

Rear Admiral John Kirby, the Pentagon spokesman, explained Wednesday why the U.S. and its allies are basically powerless to stop the Islamic State of Iraq and Greater Syria (ISIS) from taking Kobani, which sits on Syria’s border with Turkey, and the 200,000 residents still living there. ISIS is now reported to control about a third of the town, half of whose population has fled to Turkey. “Airstrikes alone,” Kirby said, “are not going to . . . to save the town of Kobani.”

Them’s fighting words to air power advocates like David Deptula, a retired Air Force lieutenant general who ran the successful air campaign over Afghanistan in the opening months of the U.S. campaign there.

Deptula responded to Kirby’s comments in an overnight email from Australia: 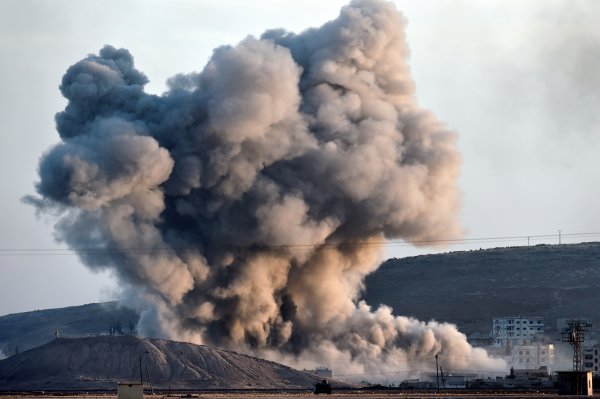 Why the Pentagon Can’t Save Kobani
Next Up: Editor's Pick