Lost habitat Herds of walruses retreat to land after the sea ice they depended on turned to slush
U.S. Fish and Wildlife Service/ AP
By Michael Grunwald

It’s easy to get gloomy about climate change when melting sea ice has forced 35,000 walruses onto a skinny patch of Alaskan shoreline. When the first 13 years of this century were among the 14 hottest years on record–and this year could end up topping them all. When scientists who have spent years issuing apocalyptic warnings about epic droughts and rising seas and irreversible tipping points keep concluding that the situation is far worse than they expected.

It’s also easy to get gloomy about our ability to reverse these terrifying trends. World leaders keep holding climate summits where they jibber-jabber about the plight of the planet and get nothing done. In the U.S., the Republican Party opposes climate action, as do many fossil-fuel-state Democrats. Oil spills, superstorms and other ads for the dangers of carbon have not inspired us to rethink our daily energy use; meanwhile, billions of people in developing nations yearn to match our daily energy use. And the dream of a silver-bullet substitute for fossil fuels has not come true. The nuclear renaissance has sputtered. The biofuels revolution hasn’t happened. “Clean coal” is still a mirage.

It’s a bummer. The world is pumping more and more carbon into an atmosphere that can’t handle too much more of it. Fracking and other technologies are unlocking more petroleum than ever before. How will we break the cycle?

Actually, we’re already breaking it. We’re starting to decarbonize. The only question is whether we’ll do it fast enough to avoid planetary catastrophe–which, granted, is an important question. I’m not arguing for a don’t-worry-be-happy attitude. We should worry! But we’re not doomed. The Stone Age didn’t end because we ran out of stones, and the carbon age will end when alternatives are more attractive than carbon. The happy news is that we’ve reached the beginning of that end.

How can we tell? The quick answer is that the good stuff has gotten much cheaper. Emissions-free wind and solar are increasingly cost-competitive with coal and now make up the majority of the U.S.’s new power-generating capacity. LED lighting has reached a tipping point, and other energy-saving technologies–programmable thermostats, superefficient windows–are going mainstream. Battery prices are plunging, which is why electric-vehicle sales are doubling every year, while traditional vehicles guzzle less gasoline. And government policies–President Obama’s new carbon rules, carbon taxes in Sweden and British Columbia, cap-and-trade regimes in California and the E.U.–are making dirty energy more expensive, accelerating the transition to cleaner alternatives.

Natural gas has also gotten cheaper, which is not purely positive for the climate, since it’s a fossil fuel, but is mostly positive, since it emits much less carbon than coal. There are legitimate questions about methane and other fracking issues, but cheap gas is a big reason U.S. emissions have fallen 10% since 2005. In the past four years, one-third of U.S. coal plants have been scheduled to close, and August set a new record for retirements. Globally, solar power has quadrupled since 2010. The cheaper solar gets, the more it is deployed, which further drives down prices, which further accelerates deployment.

Official energy forecasts suggest that we’ll still have a predominantly fossil-fueled economy for decades to come. But official energy forecasts assume that past performance dictates future results. The world doesn’t always work that way. We’ve managed to solve intractable problems like filthy rivers and smoggy air and acid rain. There’s just as plausible a case for optimism about the carbon problem, in part because we’re screwed if we don’t solve it. The human race does a lot of stupid things, but we’ve got a powerful incentive to save the only planet that has pizza and Yosemite and our children. The arc of the logical universe is long and, hopefully, bends toward common sense.

FOR MORE ON NEW ENERGY GO TO time.com/newenergy 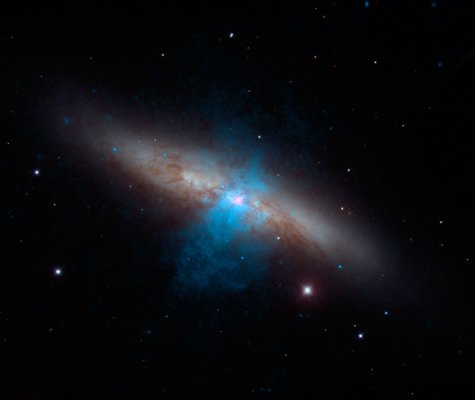 Researchers Discover Brightest Dead Star Ever
Next Up: Editor's Pick