Banking by Another Name

You know credit is tight when the former chair of the Federal Reserve can’t get a mortgage. Ben Bernanke, who isn’t exactly hard up (he reportedly makes at least $200,000 a speech), recently lamented that he wasn’t able to refinance his home because of tight credit conditions. This is an inglorious reminder that the housing recovery is being driven not by first-time home buyers or people who want to trade up but by wealthy people who don’t need a loan. Since most middle-class Americans still hold most of their wealth as equity in their homes, we won’t achieve a sustainable recovery until we fix the housing market.

Banks would say the difficult credit conditions reflect the higher costs of complying with new regulations like Dodd-Frank. There’s some truth to that but not enough to justify turning down nearly any borrower who can’t put down 30% cash on a house. A more accurate explanation is that home-mortgage lending isn’t nearly as profitable as securities trading, which is where big banks still make much of their money these days. And so, hidden in the sluggish housing recovery is another revolution: American banks continue to morph into investment houses in ways that could ultimately put our financial system at risk.

Rather than Bemoan this, I am encouraged by some of the innovative companies trying take advantage of these shifts. A whole new category of nontraditional lenders is springing up to take traditional banking’s place. Nonbank financial firms, a category that includes everything from companies like Detroit-based Quicken Loans to peer-to-peer lenders like the Lending Club, are growing exponentially. (Peer-to-peer lending is the relatively new practice of lending money to unrelated individuals without going through a traditional intermediary like a bank.) This category of nonbank banks is taking up a lot of the slack left by traditional banks in the aftermath of the financial crisis. During the first half of this year, almost a quarter of mortgages made by the top 30 lenders came from nonbank firms, the highest level since the financial crisis began.

Many of these lenders use unconventional metrics to judge how creditworthy borrowers really are. They’re focusing not just on borrowers’ salary and tax returns, which are the basis of most traditional mortgage-lending calculations, but also on their field of work, what kind of degree program they are in or what their potential income trajectory might be.

Such metrics enable these lenders to take on risks that traditional banks now shun. “There’s a misperception out there that millennials don’t want to buy a home,” explains Mike Cagney, CEO of Social Finance, a company that has already done over $1 billion in crowdsourced student-loan refinancing and is now pushing into the online mortgage market. “But the reality is that they don’t have the credit to do it.” Cagney says many of his initial mortgage borrowers mirror the profile of the customers to whom he gives reduced-rate student loans–upwardly mobile young professionals, many with degrees from top schools, who have bright futures in high-income professions but little cash in the bank. Particularly on the coasts, where real estate prices are high, it is nearly impossible for a young person to buy a home with a traditional credit profile.

Of course, it’s not only upwardly mobile future members of the 1% who deserve a break on credit. Research shows that many low-income borrowers with steady jobs are much better credit risks than they look like on paper. One University of North Carolina study found that even poor buyers could be better-than-average credit risks if judged on metrics other than how much cash they have on hand. That’s not to say we should have runaway borrowing as we did in the run-up to 2008, but credit standards are still very tight relative to historical averages.

Nontraditional lending has already shown there is an alternative to the not-very-public-minded banking system we have in place now. That raises the question, Why should big banks whose primary business model is no longer consumer lending be government-insured in the first place? (Many would argue that the bailout guarantee implicit in such insurance was the reason the too-big-to-fail institutions were able to leverage up and cause the subprime crisis in the first place.) Perhaps the safest thing would be for banking as a whole to go back to a model in which institutions simply keep a lot more cash on hand, or have unlimited liability as a hedge against risk taking? Who knows? That might make mortgage lending look good again. 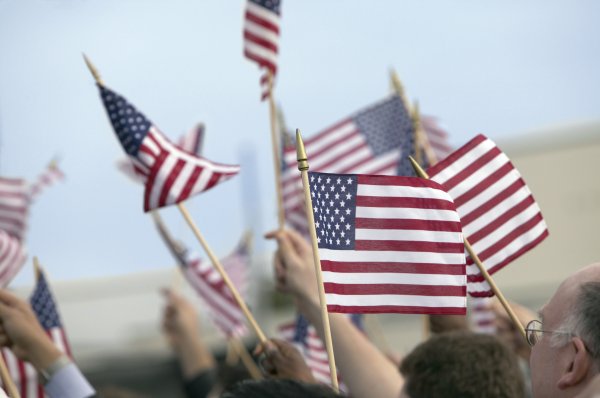 A Troubled American Moment
Next Up: Editor's Pick