This Is the Real Story Behind Kill The Messenger

In a scene from the new movie Kill the Messenger, investigative reporter Gary Webb (played by Jeremy Renner) says that he doesn’t believe in conspiracy theories. He does, however, believe in real conspiracies: “If I believe it, there’s nothing ‘theory’ about it.” The true story on which the movie is based, however, makes it clear that it’s not always obvious what’s a theory and what’s the truth.

It started when Webb wrote a series of three articles for the San Jose Mercury News in 1996 dubbed “Dark Alliance.” In his report, Webb — who had won a Pulitzer in 1989 for a different story — claimed that the CIA was partly responsible for bringing crack cocaine to the United States in the 1980s.

Webb conducted a year-long investigation during which he discovered that a San Francisco-based drug ring, which had ties to a CIA-sponsored Nicaraguan contra group called the FDN, sold cocaine to a dealer in South Central Los Angeles. The millions of dollars made from those sales were later used to fund a secret war against the leftist Sandinista regime. In short, Webb accused the CIA of being complicit in getting thousands of poor African-Americans addicted to crack in order to fund rebels in Central America.

The story attracted hundreds of thousands of readers to the newspaper’s site at a time when “going viral” was still a twinkle in the Internet’s eye. It was accompanied by a heavy-handed picture of a man smoking crack under the CIA seal.

As word about the story spread through the Internet, TV and radio, politicians took up Webb’s cause. Representative Maxine Waters, a congresswoman for South Central Los Angeles — the heart of the drug wars — requested both federal and congressional inquiries into the role that the U.S. government played in bringing cocaine into her community.

But many dismissed Webb’s reporting as a conspiracy theory. “Even sources who are routinely skeptical of the official line on the contras agree that the idea that the agency was behind drug smuggling by the contras is fantasy,” journalist Eliane Shannon, who covered the war on drugs, told TIME shortly after the Mercury New ran the articles. The New York Times, Washington Post and Los Angeles Times all ran their own investigations that disputed many points in Webb’s story — though all three of those pieces had their own reporting problems, according to TIME’s Jack E. White.

In 1997, the Mercury News executive editor Jerry Ceppos backed away from the story, calling it flawed in an editorial. Ceppos said that the paper “did not have proof” that top CIA officials knew about the connection between the L.A. drug trade and the contras. (However, he also noted that Webb disagreed with him on this point.)

Webb resigned from the paper shortly thereafter. The next year, he published a book titled Dark Alliance: The CIA, the Contras and the Crack Cocaine Explosion detailing his own reporting process and the controversy the series provoked.

A 1998, a CIA inspector general’s report denied any ties between the U.S. government and the drug dealers Webb named in his articles and book, but ultimately confirmed Webb’s thesis that the CIA had worked with contras despite drug-dealing allegations against them. Still, Webb’s reputation as an investigative journalist was tarnished.

In 2004, Webb was found dead at the age of 49 from two gunshot wounds to the head. Police ruled it a suicide. 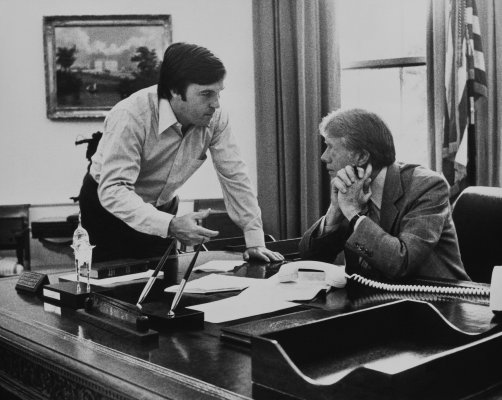 The '70s Cocaine Scandal That Could Have Rocked the White House
Next Up: Editor's Pick