Could Jon Stewart Have Put Sunday Morning Shows Out of Their Misery?

Host Jon Stewart tapes Comedy Central's "The Daily Show with Jon Stewart: Restoring Honor & Dignity to the White House" at the McNally Smith College of Music on Sept. 5, 2008 in St. Paul, Minnesota. The show was being taped in St. Paul during the week of the Republican National Convention.
Ethan Miller—Getty Images
By James Poniewozik

According to New York Magazine, before NBC hired Chuck Todd to take over Meet the Press, the network wanted to revive its flagging Sunday show by hiring a professional comedian to host it. Sounds like the sort of desperate, cynical move Jon Stewart would make fun of on The Daily Show. Except, says New York, that host was Jon Stewart:

Let’s be clear: If NBC wanted Stewart to do Todd’s job–doing dead-serious sit-downs about the news of the day with political newsmakers, this was a terrible idea. Not that Stewart isn’t a serious man. He’s become a much tougher, quicker-on-his-feet interviewer over years with The Daily Show–and honestly, he’s often more focused than the campaign-fixated D.C. press on policy and the actual acts of governing, as opposed to perpetual election strategy.

But he’s a supplement, a commentator, throwing stinkbombs in from the outside. To put him in that Beltway-priest, neutral-insider role would have been a joke, and not the ha-ha kind.

On the other hand, if NBC were hiring Stewart to replace not just David Gregory, but the idea of Meet the Press itself–to create, if not a copy, The Daily Show, a seriously funny issues show with a point of view and an adversarial attitude that would roast not just the guests, but the culture of Washington–now that could have been something.

It would not have been Meet the Press, but one less pro forma Sunday interview show would not be the end of the world. It would probably open up NBC to charges of bias if Stewart spoke his mind freely–which he’d have to or become a phony–but that’s NBC’s problem. A move that didn’t just fill the MTP chair but burnt up the furniture would have, at least, been an interesting attempt at something different.

It didn’t work out, and instead NBC is staying the course (and staying behind in the ratings) with Todd, a sharp political reporter but just that. Todd still tends to see the program through the frame of electoral maps and optics and messaging. Too bad. But probably a better result for Stewart. I can’t read the guy’s mind, but I’ve always liked that he seems to resist the notion that his career has to advance or die. He has a chance to weigh in on national issues every night, for an engaged audience. He shouldn’t feel obligated to move “up”–especially if that “up” means a format with less freedom and less original impact. (And–though I haven’t looked inside NBC’s Brinks truck–maybe even less money.)

Maybe Stewart is feeling some sort of itch, having taken time off to direct a movie and having watched Stephen Colbert get ready to go to CBS while John Oliver becomes the new “It Bloke” of late-night commentary. But I don’t blame him, in this case, for staying put. It’s just too bad that means Meet the Press has to stay where it was, too. 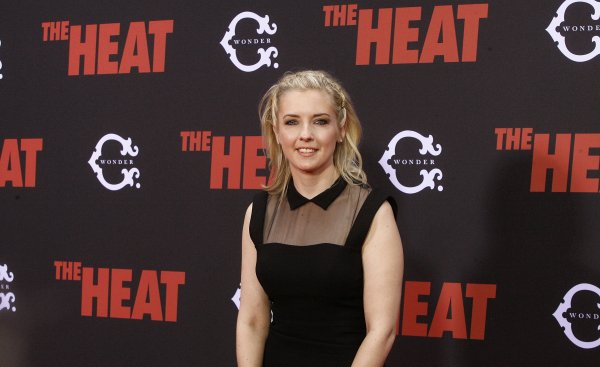 A New, Women-Led Ghostbusters Is Coming
Next Up: Editor's Pick