The Answers to Our Food Problems Need to Be Delicious

Denmark's chef Rene Redzepi of Noma restaurant poses for a photograph before a lunch hosted by the World's 50 Best Restaurants in London on May 1, 2012.
Stefan Wermuth—Reuters/Corbis
By René Redzepi

Even though I’ve traveled around the United States many times and keep fairly on top of many food culture and policy writers from there, my life and career is in Northern Europe, and I’m not totally confident I can talk about America’s eating future with any authority. That said, I think we’re seeing developments concerning the future of food that have global implications, likely to affect people in all parts of the world.

In recent years, we’ve seen the launch of several products that challenge traditional notions of what cooking and eating are about. There’s Harvard professor David Edwards’ invention Le Whaf, which lets you inhale the flavors of foods without having to worry about gaining weight; a lab-created hamburger patty that some feel portends a solution to the world’s hunger problems; and, most recently, Soylent, a meal substitute devised by a Silicon Valley software engineer that was the subject of a New Yorker piece titled “The End of Food.” Another intriguing concept within this realm of future foods is scientist Hervé This’ note by note cooking: one of the leading proponents of molecular gastronomy, This has been developing and promoting a kind of cooking that uses the constituent chemical compounds of ingredients instead of animal or plant tissues.

These efforts can be inspired simply for novelty and fun (Le Whaf), for a desire to adapt to a modern lifestyle where making food and eating it, or even leaving your home or office to buy it, might be a burden to some people (Soylent), or to prepare for disastrous scenarios where we can’t feed the planet (note à note, the lab patties).

There’s room for all manner of ideas and innovations, of course, but for me, as a person who sees the world through the lens of food culture and the pleasures of eating and cooking, I think that we can’t lose sight of the importance of deliciousness.

To explain what I mean, let’s apply my thinking to the biggest knot we need to untangle in the coming decades: how we will feed ourselves. Most would agree that we have enough food to go around. The problem is that we waste a staggering one third of the food we produce in world every year. It’s as if we’ve forgotten about the value of what we eat. Beyond that, we’re stuck in a meat-centric mentality that promotes a food system that is cost-ineffective and polluting.

How can deliciousness and pleasure help us attack that problem? I think there might be some clues in what you see happening in kitchens in my part of the world—ways of thinking that could perhaps be useful on a wider scale.

Some time ago, we decided at our restaurant that it would not only be mindful and practical to delve into the plant kingdom—to learn about and seek out all the things growing around us that people weren’t using—but also incredibly delicious. This ongoing effort has unlocked worlds of flavor to us and has been a key to this restaurant’s success. In recent years, we’ve also been exploring how to incorporate insects into our menu, as well as figuring out all the things that fermentation—a process that has given civilization such staples as bread, chocolate, wine, and coffee—can give us in the future. For us fermentation is also a way that we have transformed what used to be food waste into delicious condiments—all the off-cuts of vegetables are fashioned into vinegars or umami rich broths for instance.

The three areas I’ve just described have enormous potential: insects are protein-rich and can be a sustainable form of eating around the world, ferments can positively transform many of the things that would otherwise go to waste, and vegetation, I’d argue, has more potentials for variety and deliciousness than the habits we’ve been following for decades.

We’ve become successful not because we hammer home these philosophies to our guests. No one wants to be preached to at the dinner table, especially when they’ve gone out for a night of fun. Instead, even in a trade wrapped in so many taboos and dogmas, we’ve been able to continue on this path because we’ve convinced diners with the pleasures and surprises that can come from this work. It happens right when they taste it.

We can talk about meal substitutes and synthetic meats that will solve all of our problems, but I honestly don’t feel like any of this will stick unless it is nutritious and delicious. That’s a good thing, because I can’t imagine a worse outcome than one where our food systems face the future by turning the act of eating into something akin to filling up your car’s gas tank when it’s running low on fuel. Imagine how mechanical and joyless that would be.

René Redzepi is the chef and co-owner of Noma, the two-Michelin-starred Copenhagen restaurant named the Best Restaurant in the World. 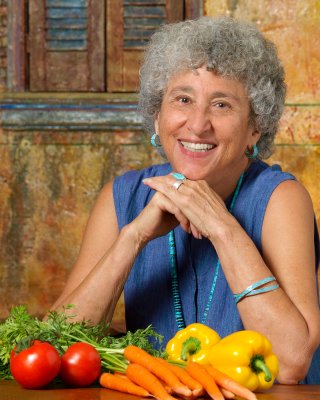 The Future of Food: Experts Predict How Our Plates Will Change
Next Up: Editor's Pick