Fast-Food Chains Are Cutting Calories, But Does Anyone Care?

Large chain restaurants have lowered their calories, according to a new study published in the American Journal of Preventive Medicine.

Researchers from the Johns Hopkins Bloomberg School of Public Health used a database of menu items from the 100 largest United States restaurant chains. The numbers showed that from 2012 to 2013, there was a 12% decline, about 56 fewer calories, in newly introduced menu items overall. The calorie cuts were largely in main-course items.

But resist the urge to rush to the nearest drive-thru. The researchers also report that in restaurants with a single food responsible for their identity—a burger, say—the calorie drops were more likely to be in new items added to the menu unrelated to their core business. In other words: More salads, not lower calorie burgers. Restaurants in the U.S. with 20 or more locations are supposed to be listing calorie counts on their menus, which might be why some are adding more healthy items. That’s a good thing, of course, but in the real world, people tend to want the fried stuff when they dine at a fast-food joint.

Take the sad fate of Burger King’s Satisfries, for instance. The restaurant tried to introduce a lower-calorie, lower-fat fry, but customers didn’t want it. In August 2014, Burger King announced that due to months of poor sales, the fries were being pulled from two-thirds of North American locations.

“You can’t prohibit people from eating fast food, but offering consumers lower calorie options at chain restaurants may help reduce caloric intake without asking the individual to change their behavior—a very difficult thing to do,” study author Sara N. Bleich, an associate professor in the Department of Health Policy and Management at the Bloomberg School said in a statement.

Still, historically speaking, merely adding healthier options to a menu renowned for its junk food hasn’t incited huge changes, since people will opt for foods they’ve grown to crave. Making it easier for people to get healthy food and combating marketing for the unhealthy stuff might move us closer to a healthier restaurant ecosystem. 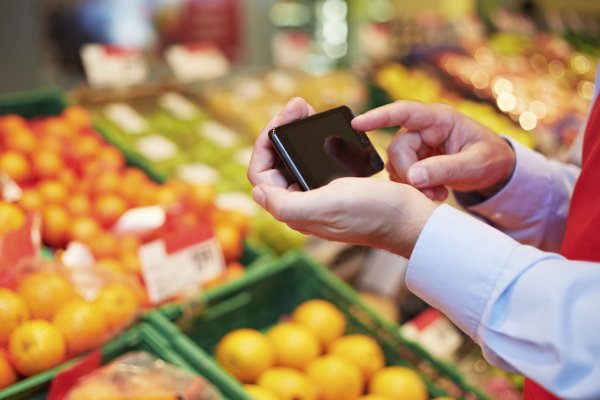 5 Food Gadgets To Change How You Eat
Next Up: Editor's Pick