Why Wayne Gretzky Is Still 'The Great One'

If you grew up in a hockey house like I did, your parents might’ve worshipped Wayne Gretzky as if he were the Messiah on Skates. And in a lot of ways he was: The Great One played a full two decades of NHL-level hockey, starting in 1979 with the Edmonton Oilers and ending with my hometown heroes, the New York Rangers, just before the turn of the century, racking up some 2,857 points in 1,487 regular season games. (NHL scoring gives individual players one point for a goal and one point for an assist, but those numbers don’t mean squat for the game at hand.)

Gretzky’s points total is impressive to say the absolute least. But as a kid who grew up loving hockey in Gretzky’s twilight years, it’s really this stat that stuck in my mind: If you take 2,857 points and subtract the points he got for goals, he’s still got more assists than any other NHL player has total points. (The next guy down, point-wise? Gretzky teammate and Rangers legend Mark Messier.)

As a young hockey fan, that fact instilled a simple lesson: Greatness can sometimes come from being the guy who puts the puck in the back of the net. But even more often, it comes from knowing whom you can count on to help you get that job done even better than you can. “How long Gretzky and [NBA star Larry] Bird play at the top and stay at the fair will help determine their ultimate reputations,” TIME wrote of Gretzky in a March 18, 1985 cover story about athletes at the peaks of their careers.

Gretzky stayed at the top for many seasons after that, but 25 years later his ultimate reputation is this: A life lesson that, while being the hero is nice, you don’t always have to shoot — sometimes it’s smarter to pass.

Correction: The original version of this story misstated the number of individual points an NHL player gets for a goal. The number is one. 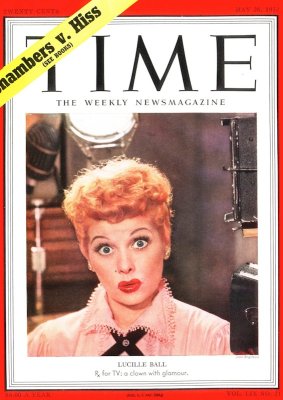 'Women in Comedy' Isn't a New Thing — Here's Proof
Next Up: Editor's Pick