Everything You Need to Know About J.K. Rowling’s New Project

Harry Potter fanatics worked tirelessly this week after J.K. Rowling posted an anagram on her Twitter account that hinted at her latest project. And it took just 24 hours for a Potter super fan to solve it.

Though fans thought (and probably hoped) the author might be hinting at more Harry Potter books, she was referencing a Potter spinoff: The screenplay for the first movie in the Fantastic Beasts and Where to Find Them trilogy. The screenplay is based on a book that once only existed in the wizarding world and served as a textbook at Hogwarts. But in 2001, Rowling published a copy under the pseudonym Newt Scamander with money from sales going toward Comic Relief, a U.K.-based charity.

The anagram was not an actual part of the script but a synopsis of Newt’s story, which Rowling has said kicks off in New York around the year 1920.

Though Potter fans are familiar with the wizarding world, little is actually known about Scamander. According to the “About the Author” section of the book, he was born in 1897 with his interest in fabulous beasts encouraged by his mother, “who was an enthusiastic breeder of fancy Hippogrifs.” Scamander, who spent his years at Hogwarts as a Hufflepuff, later worked for the Ministry of Magic in the Department for the Regulation and Control of Magical Creatures. He also worked in the Office for House-Elf Relocation and in the Beast Division, creating the Werewolf Register in 1947 and the Ban on Experimental Breeding, “which prevented the creation of “new and untamable monsters within Britain.” He also worked for the Dragon Research and Restraint Bureau, which led to many research trips abroad.

These trips abroad will most likely set the scene for the film, and with chapters on Thestrals, Hippogrifs, Norwegian Ridgebacks, Merepeople and Werewolves, the movie should prove to be another exciting adventure.

The film is set for release on November 18, 2016 and will be produced by David Heyman, who produced all the Potter films, and directed by David Yates, who directed Harry Potter films Order of the Phoenix and Deathly Hallows: Part 2. Warner Bros. has also noted the new trilogy will inspire potential additions to the Harry Potter park at Universal Studios and Islands of Adventure.

While Scamander’s story will not sync up with Harry’s, it’s worth noting that his grandson, Rolf Scamander, married Luna Lovegood, a member of Harry’s crew who made an appearance alongside her husband in Rowling’s surprise story posted to fansite Pottermore in July. Emma Watson’s Potter character Hermione won’t have even been born during the time the film takes place, but the actress has said she’s up for a cameo nonetheless.

If you’d like to brush up before the film is released, Albus Dumbledore, who penned the forward to the book, writes that the edition can be purchased for two galleons at Flourish and Blotts as well as in Muggle Bookshops. 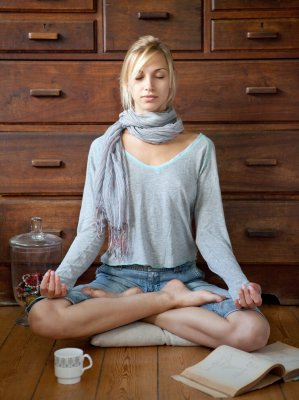 30 Self-Help Books That Permanently Changed My Life
Next Up: Editor's Pick