A 29-year-old woman with terminal brain cancer has moved to Oregon to be able to legally take her own life when she’s ready. Brittany Maynard has made a video explaining her plight and promoting what’s called the “death with dignity” movement. Diagnosed with a rapidly growing brain tumor, Maynard says she faces a debilitating, painful and certain death. Hence, she decided to forego additional radiation treatments and take advantage of laws in Oregon that would allow her to choose the time and circumstances of her death. Oregon has been a pioneer in allowing doctors to prescribe a lethal dose of anesthetics for people who have incurable diseases and would like to take charge of when they go, but the legislation is not without controversy.

The Death With Dignity Act was passed in 1994. It allows doctors to prescribe a lethal dose of painkillers to patients who request it in writing. The patients can’t just be anyone however; two doctors have to certify that they are likely to be dead in six months. They have to be deemed to be mentally healthy and not depressed, or at least not suffering from more than the regular, to-be-expected sadness about dying. They have to be residents of Oregon and two people have to witness the writing of the request, at least one of whom cannot be a beneficiary of their estate.

If all these criteria are met, and the mandatory 15-day waiting time has passed, a doctor is legally allowed to write a prescription, which the patient then fills and takes the medication whenever he or she sees fit. Opponents of the legislation argue that once the drugs are in the house, there’s little oversight. If the patient changes his or her mind, but then becomes debilitated, there’s not much technically to stop a relative or carer giving them the drugs anyway. Some medical practitioners, including the Royal College of Surgeons, argue that it’s always wrong for a doctor to deliberately cause death, no matter how much thought has gone into the decision.

One of the 700-plus Oregonians who have availed themselves of this exit plan was Dr. Peter Goodwin, who was instrumental in helping to write the legislation and push for its passage. He issued three such prescriptions for terminally patients after the legislation passed and admitted to writing at least one before it was legal. In an emotional video interview with Time in March 2012, he explained the difference between suicide and doctor-assisted death: “If you think of a typical suicide, it’s impulsive, it’s often violent, and it’s almost always in seclusion. This is a process done with the support of the family, after a great deal of consideration. And it’s a gentle death.”

By the time the interview appeared in the magazine a few days later, he was already dead. 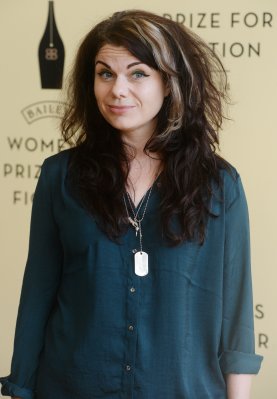 Caitlin Moran on Teen Girls, Sex and Pretending to Be Courtney Love
Next Up: Editor's Pick