Addicted to Coffee? It's Probably in Your Genes

If you feel like you literally could not survive a day without coffee, you might have your genes to thank (or blame).

A new genome-wide study published in Molecular Psychiatry has identified genetic variants that may have a lot to do with your coffee obsession. Researchers from Harvard School of Public Health and Brigham and Women’s Hospital looked at more than 120,000 coffee drinkers and found six markers linked to responsiveness to caffeine—some of which had been previously identified as being related to smoking initiation and other types of potentially addictive behaviors, but had never before been linked to coffee consumption, says Marilyn Cornelis, research associate in the Department of Nutrition at Harvard School of Public Health and lead author of the study.

MORE: You Asked: Is Coffee Bad For You?

Caffeine is a drug—a fact many of us forget until we madly crave a double shot. “There is controversy as to whether it can be addictive, and some of the genes that come up in the study suggest that’s quite possible,” Cornelis says. “The stimulating effects caffeine has would suggest that caffeine is a major driving in habitual coffee consumption at the genetic level.”

MORE: How Coffee Might Lower the Risk of Heart Failure

The results might help add nuance to coffee research, she says, which generally treats everyone as the same. It could also help pinpoint people who’d most benefit from coffee consumption, and who should stick to decaf. “We assume that any health effects from one cup of coffee will be the same for everyone, but this data suggests that’s not true,” Cornelis says.

Scientists have known for a long time that genetics play a role in coffee consumption and caffeine response, Cornelis says. “But it’s only until just recently that we’ve actually been able to pinpoint these exact genetics. That’s an important step forward in the research.” 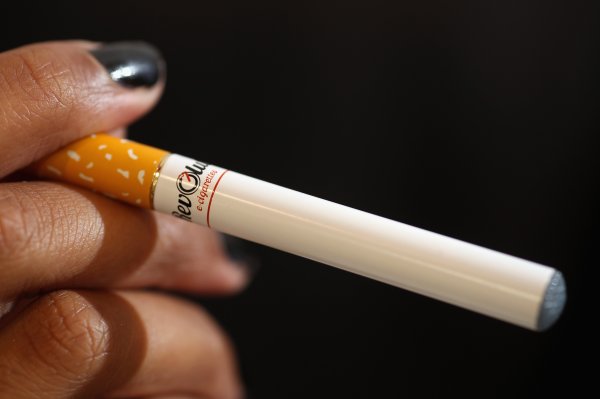 Tobacco Companies Step Up E-Cigarette Warnings
Next Up: Editor's Pick