A Syrian airplane was shot down on Sunday by the Turkish military, which claimed the jet had violated the country’s airspace.

“Our F-16s took off and hit this plane,” Turkish Prime Minister Tayyip Erdogan said. “Why? Because if you violate my airspace our slap after this will be hard.”

The Turkish military said a Syrian MIG-23 plane entered Turkish airspace near the Kasab border crossing, where Syrian rebels have been fighting forces loyal to President Bashar al-Assad since Friday. A Turkish F-16 shot the Syrian jet down with a rocket. Syria says the pilot was able to eject before the plane crashed, Reuters reports.

Just six months ago Turkey shot down a Syrian helicopter that entered its airspace in the same area. 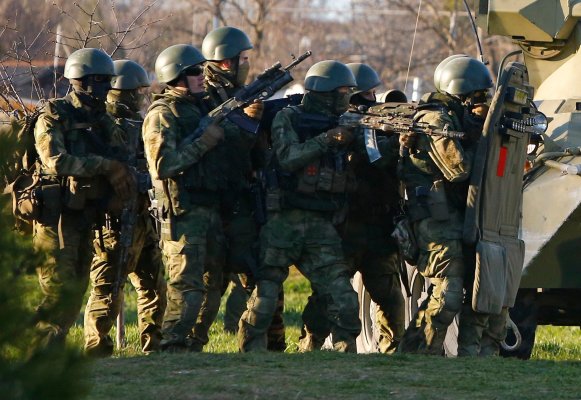 Russians at Their Doorstep
Next Up: Editor's Pick