7th Heaven Actress Sarah Goldberg Dies in Her Sleep at 40

Sarah Goldberg, who appeared in the television series 7th Heaven, died on Sept. 27 of natural causes, the Chicago Sun-Times reports. She was 40.

“She went to sleep and didn’t wake up,” her mother told the Sun-Times.

The Chicago-born Goldberg played 7th Heaven’s Sarah Glass Camden from 2002 to 2006. Her character was a rabbi’s daughter whose interreligious marriage to character Matt Camden, the son of the Rev. Eric Camden (Stephen Collins), was a favorite plot line among fans.

The Sun-Times says a heart ailment is suspected in Goldberg’s death.

Goldberg also had roles in the TV shows House and Judging Amy, as well as in the movie Jurassic Park III. 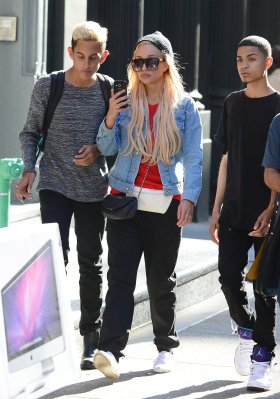 Amanda Bynes Plans to Move to NYC
Next Up: Editor's Pick