Thom Tillis, the Republican senate candidate in North Carolina, kept to a simple message about his opponent Sen. Kay Hagan in the contest’s second debate Tuesday: “A vote for Senator Hagan is a vote for President Obama’s failed policies,” Tillis said.

With the trap set, Sen. Kay Hagan seemed to stumble into it. Asked to name an instance where she regretted a Congressional vote, after Tillis noted the Democrat has voted with Obama “96% of the time,” Hagan failed to come up with one. Tillis said this was proof that she was “proud” of voting with the President.

Like several Republican candidates across the country, Tillis has made Obama a central part of his messaging strategy in the final weeks of the campaign. He celebrated a recent speech by the President, who said last week at Northwestern University that “every single one” of his economic policies would be on the ballot this November, in his effort to align the Democrat with the unpopular Commander in Chief.

Hagan, who recent polls have shown has a slight lead over Tillis, argued that the policies her Republican opponent championed in the state legislature have hurt North Carolinians “100% of the time.” On top of her ongoing attacks on Tillis’ education and health care record, she noted Tuesday that she opposed a statewide ban on same-sex marriage, which the Speaker said he would continue defend in the wake of the Supreme Court’s decision not to take up state challenges to the issue, thus expanding marriage equality in the U.S.

Moderator George Stephanopoulos of ABC News raised questions about many of the latest hot-button issues, including the Ebola outbreak, which has recently spread to the United States. Speaker Tillis said he would respond to the outbreak with a ban on travel. The Centers for Disease Control and Prevention, he said, is “working hard, but I don’t know that they’re working smart.” Hagan said she was open to a “broad range” of tactics to address the outbreak. “The problem is if you isolate those countries, you’re not going to solve the problem,” Hagan said.

The night contained highs and lows for both candidates who have found themselves in one of the most closely watched races of this election cycle.

Hagan was able to give a clear answer when asked where she would take on her party’s leadership, saying she supported building the Keystone Pipeline. When asked about recent legislation to promote equal pay for women, Tillis struggled to explain to Hagan why he didn’t support it, before circling back to say he “absolutely think[s] that women should get equal pay for equal work.” Tillis also noted Hagan had missed a great deal of Armed Service committee hearings this year when talking about the threat of the Islamic State of Greater Iraq and Syria, though he confused the Senator’s committee assignment.

Instead of the Armed Services committee, he said Foreign Affairs. 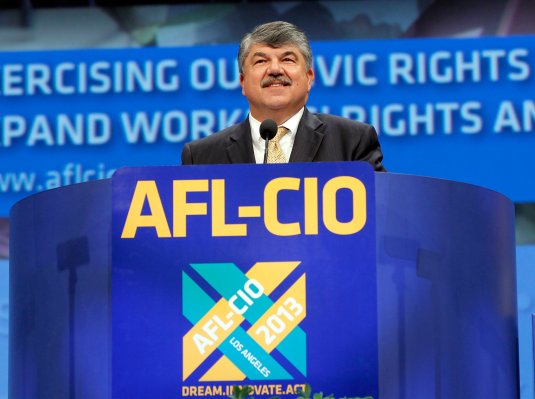 Union Chief Frets Foreign Policy and Ebola Are Distracting Voters from the Economy
Next Up: Editor's Pick