The Long and Winding Road to Paying College Players

By Salima Koroma and Sean Gregory

Over the past few months, the movement to pay college players has gained unprecedented momentum. In August, a federal judge ruled that college football and basketball players can earn a share of licensing revenues from the use of their name, image, and likeness. (The NCAA has since appealed the ruling.) An athlete can access these funds, which will be placed in a trust, when he or she has graduated or left the school. Schools can cap the pay, but the minimum cap is $5,000 per year.

This verdict in the so-called “O’Bannon” case – a former UCLA hoops star filed a lawsuit in 2009 after realizing he wasn’t being compensated for his likeness being used in a college basketball video game – came a few days after the NCAA voted to let schools in the Big 5 power conferences – the ACC, Big 10, Big 12, Pac 12 and SEC – have autonomy to write their own rules. These schools are prepared to give all their athletes a stipend that covers the full cost of attendance, which amounts to anywhere from $2,000 to $5,000 above the value of their athletic scholarships.

In March, a regional director for the National Labor Relations Board said that football players from Northwestern University could form a union, since these students act as employees of the school. Northwestern appealed the decision; the NLRB’s national office has yet to rule on the appeal. One just-released paper, to be published in the Hofstra Labor and Employment Law Journal, argues that the players should win.

However, an even bigger threat to the amateur model looms ahead: the lawyer who helped win free agency for NFL and NBA players is seeking the same open market for college athletes. Jeffrey Kessler, a partner at the Winston & Strawn law firm, filed an anti-trust lawsuit in March that could fundamentally alter college sports. The O’Bannon suit was limited to intellectual property rights: could athletes profit from their names, images, and likeness?

“We’re aiming to enjoin the restrictions placed on Division 1 basketball and major college football players from being compensated for their services, given the huge amount of revenue generated from these sports,” says Kessler, one of the top sports labor attorneys in the country. “What will be decided is whether it’s legal to have a rule that schools cannot compensate athletes at all.”

Kessler’s case won’t go to trial until fall of 2015, at the earliest. If he prevails, the courts may force the NCAA to adopt a true pay-for-play system, which the organization has long dreaded. The mechanics of paying players — do you just pay the football and men’s basketball players, and no one else? Should there be any limits? — are daunting. But the O’Bannon ruling sets some strong precedent for Kessler. The judge in that case, Claudia Wilken, may not have torpedoed the college sports model with her ruling. But she seems to invite someone else to do so.

Her opinion condemns the NCAA, and knocks down some of the most common justifications for limiting compensation for athletes to the value of the scholarship. “The evidence … demonstrates that student-athletes are harmed by the price-fixing agreement among FBS football and Division 1 basketball schools,” Wilken writes.

“It is also not clear why paying student-athletes would be any more problematic for campus relations than paying other students who provide services to the university, such as members of the student government or school newspaper,” Wilken writes in another section.

There’s nothing amateur about college sports. Conferences own their own television networks. Schools switched conferences to capture more revenues. Coaches salaries have skyrocketed: Newsday just reported that the average compensation for coaches in the Football Bowl Subdivision – the top tier of college football schools – is $1.75 million per year. That number has spiked nearly 75% over the past seven years. Athletes deserve their fair share.

Kessler picked the right time to mount a challenge. “There’s a growing recognition from the courts, the public, the fans, and even the schools that the current system is fundamentally unfair,” says Kessler. “We think change is coming.” 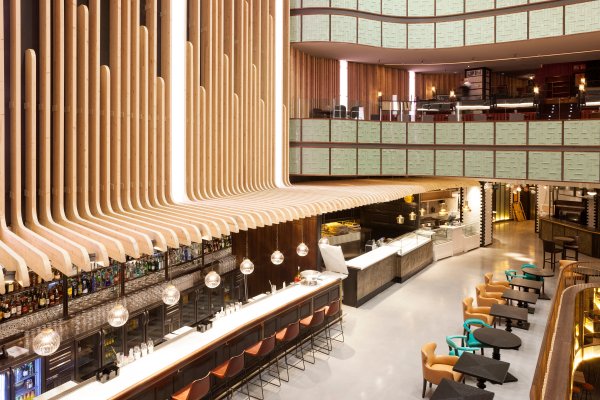