Captive Orcas Can Learn How to Speak Dolphin, Researchers Say

Captive orcas who live with dolphins are capable of imitating their sounds, joining an exclusive list of species that are capable of modifying their voices or learning new vocalizations, according to a new study published this month in Acoustical Society of America.

Researchers analyzed 10 captive orcas, seven who lived with only other orcas, and three who lived with only bottlenose dolphins. They discovered that the three orcas who interacted with only dolphins made dolphin-like whistles, clicks and buzzes, while the other seven orcas communicated almost entirely with typical whale pulses. The findings build on two-year-old research that showed that dolphins could similarly mimic sounds of whales and other animals, according to Science Magazine.

Only a few species are capable of vocal learning, a group that includes humans, birds, elephants, bats, seals and dolphins, along with now the orcas, whose acoustic imitation abilities previously had been studied only anecdotally. 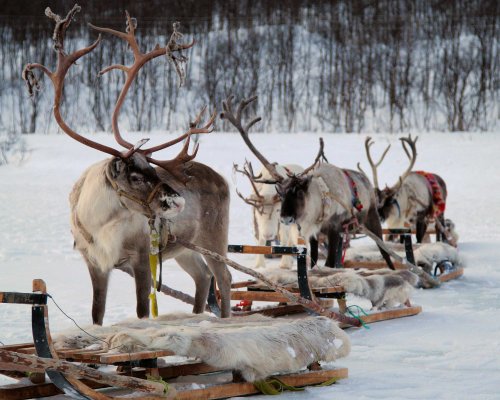