Why Schools Should Screen Their Students' Mental Health

Schools should be a first line of defense for catching young people at risk for mental health issues from depression to ADHD, a pair of new reports says.

Kids and adolescents spend a significant amount of their time in school, yet providing mental health screenings and care is not an overarching requirement for many schools. “We need to think about how to embed mental health services so they become part of the culture in schools,” says study author Dr. Mina Fazel, a child psychiatrist at the University of Oxford. “It will take a commitment from health and education.”

The reports, published in The Lancet Psychiatry, looked at programs already implemented in both high-income schools and middle- and low-income schools. The authors made suggestions for both education systems. For instance, schools could conduct school-wide screenings by asking teachers to identify at-risk kids for further evaluation, or health counselors could be trained to spot both physical and mental issues by looking for visible signs like weight fluctuation or bullying. If treatments like cognitive behavioral therapy were included in a school’s health offerings, Fazel believes mental health problems could be caught early and treated.

“If we made mental health part of the usual health system of a school, then it becomes more normal…and hopefully it will then be easier to access it,” says Fazel. According to data presented in the reports (which is UK-specific but also looks at U.S. programming), about 75% of adults who access mental health treatment had a diagnosable disorder when they were under age 18, but in high-income countries, only 25% of kids with mental health problems get treatment.

Stigma is largely to blame for a lack of participation in mental health care. “[Mental health] is the service that people seem to know least about, seem to fear accessing most, and think they will be negatively viewed by their peers or their teachers or their families if they access those services,” says Fazel.

Some schools in the U.S. and abroad have had success with mental health screenings and programs, but implementation still hasn’t been made a standard, which Fazel thinks is a lost opportunity. By prioritizing mental health in a child’s early years, more people will get the treatment they need early on. 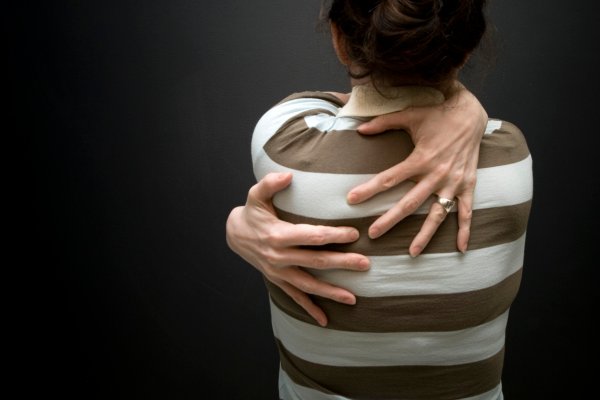 The Reason You Make Unhealthy Choices
Next Up: Editor's Pick