Author J.K. Rowling attends a photocall ahead of her reading from 'The Casual Vacancy' at the Queen Elizabeth Hall on Sept. 27, 2012 in London.
Ben Pruchnie—Getty Images
By Eliana Dockterman

About 24 hours after author J.K. Rowling posted an anagram on her Twitter account, a fan has finally solved the puzzle.

Emily Strong—a PhD student at the University of Sheffield who regularly updates her own blog and describes herself as a lover of “all things Harry Potter” in her Twitter bio—tweeted the solution at the Harry Potter author on Tuesday afternoon: “Newt Scamander only meant to stay in New York for a few hours.”

The anagram, according to TIME’s own interactive anagram solver, does indeed check out. It’s a reference to Fantastic Beasts and Where to Find Them, a Harry Potter spinoff that will soon hit the big screen as a trilogy.

Despite saying in her initial tweet that she was busy working on a novel and the screenplay for Fantastic Beasts, Rowling chimed into Twitter throughout the last day offering hints (“The solution is the first sentence of a synopsis of Newt’s story”) and rejecting wrong answers. Though fans thought the author might be hinting at more Harry Potter books, alas, she did not confirm a return of The Boy Who Lived.

After congratulating Emily Strong on unscrambling the anagram, Rowling thanked everyone for participating: 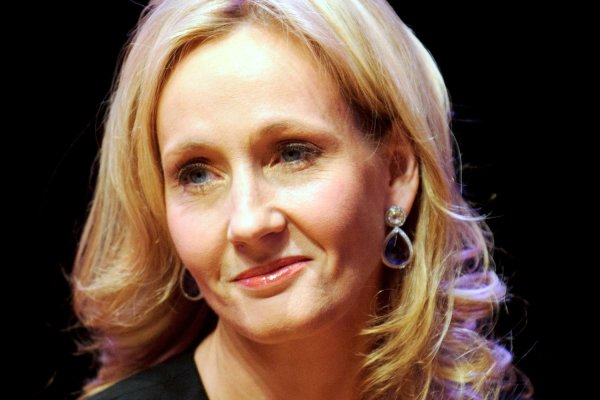 Harry Potter Fans Think This Is The Answer to J.K. Rowling's Riddle
Next Up: Editor's Pick