Everything You Need to Know About the New Words With Friends

Courtesy of Zynga
By Katy Steinmetz

Zynga on Thursday is rolling out a sleeker, more robust version of Words With Friends, the Scrabble-esque mobile game that first came out in 2009. The company also released exclusive data to TIME about the world’s top scoring cities and the most common incorrect words that people try to play (which you can peruse at the bottom of the post).

The company has been tweaking the new version for months after polling their users about possible features, hosting focus groups at their San Francisco HQ and soft launching the rebooted app in countries like Australia and Canada. After reporting disappointing earnings earlier this year, it appears Zynga isn’t taking chances with loyal users of their most widely-played game.

For those attached to the older version of Words With Friends, never fear — no one will be forced to upgrade. For those who choose to get the new app, ongoing games won’t be interrupted. And players who download the new version can still swap tiles with players who don’t.

For those ready to move on, here’s what’s different:

Solo Play: This was users’ most requested feature. Word nerds can now practice against a computer even when they’re offline (like, say, Alec Baldwin on an airplane). The computer opponent plays based on the human’s skill level, surmised from every move they’ve ever made in the app.

Community Match: This feature is a bit like Tinder for people who play word games. Before, users had only the option of requesting a “Smart Match,” in which the app would pair two strangers of similar abilities for a game. Through this new opt-in feature, players can now choose to challenge someone nearby and select whether that person is male or female; when going through potential opponents, one swipes left to skip them and swipes right to ask for a match. If they accept, the game begins.

Word Strength: This feature, which used to be an in-app purchase, is now available for free. When a player puts tiles down, but before they commit to that word, a little green icon will pop up. Users can click on it for an assessment of how strong that word is—in points—compared to every other possible move they can make. The Word Strength feature can be turned on or off as a user so chooses.

Dictionary: Zynga partnered with Dictionary.com to give players an in-app dictionary that will not only tell them whether a word is eligible for play, but its definition and rarity (based on how often it’s played in Word With Friends). The dictionary is searchable, provides audio pronunciations and churns out a Word of the Day, just like Dictionary.com does.

Statistics: The new version will offer “head-to-head” statistics, so players can see how they’ve stacked up against each other over time, in terms of total wins and losses, average game scores and so forth. The new game board also gives prime space to players’ names and profile pictures, all part of an effort to make the game more social.

Lots of things about Words With Friends won’t change with the update. The list of some 170,000 playable words remains just the same, as do basic game rules. Users’ ongoing games are still presented in a “to-do list” format, with games in which it’s their turn at the top. But there is more animation, easier navigation and other bells and whistles that Zynga hopes will lure lapsed users and new ones.

Though Zynga won’t say exactly how many people are using the app, Knight says there are more players of Words With Friends than any other Zynga game, and 55 million matches are happening at any moment. “The new features are really responding to what we hear from our players,” Knight says. “We’re taking it very seriously, and we’re investing deeply in the franchise.”

The city with the highest average scoring in the U.S. is the home of the Banana Slugs: Santa Cruz, Calif. All told, four of the top 10 cities for Words With Friends players are in California, and many of the top 25 are in university towns. Here is the complete list:

The invalid word that Words With Friends players most often try to get down on the board is te, which, though allowed in Scrabble, is not allowed in the Zynga game. (In Taoism, te describes the essence of Tao inherent in all beings.)

In fact, almost all of the 100 most commonly rejected words are two letters. The legitimacy of qi, a high-scoring word that no one uses in real life, has perhaps helped lead players down a path where they repeatedly attempt to play combinations like ri, yu, ec, ix and zat.

WORDS PLAYERS COMPLAIN ABOUT BEING INVALID

Presumably someone thinks they have nothing to lose when they have a go at some random letter combination like ke. But there are some words that players get downright angry about being rejected, taking to social media to express their complaints. Often, it appears, the root problem is a poor understanding of what qualifies as a proper noun, which are traditionally banned in such games. Here is a selection of such words provided to TIME by Zynga: 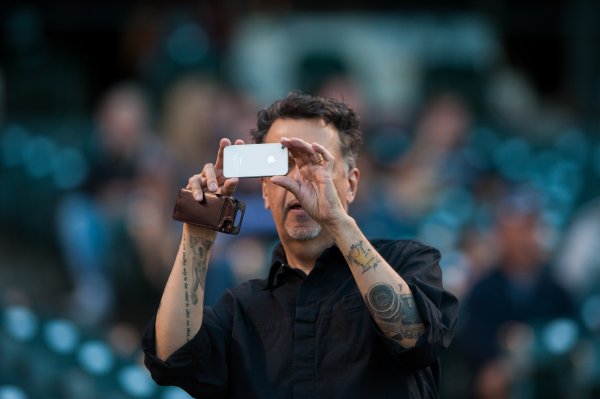 This iPhone App is Tinder for Deleting Unwanted Photos
Next Up: Editor's Pick