#WAKEUPCALL Might Be The Next ALS Ice Bucket Challenge

Since the unequivocal success of the ALS Ice Bucket Challenge’s viral campaign—which sparked $100 million in donations in just two months—people have speculated what charitable cause would capture our hearts and wallets next.

Would it be a testicular cancer awareness group’s #FeelingNuts “crotch grab challenge“? While it picked up steam after Hugh Jackman, um, grabbed his crotch, it didn’t fully catch.

But now there’s another contender that might stand a chance at picking up the Ice Bucket Challenge’s baton. #WAKEUPCALL is the latest uber-sharable charity craze, and it consists of celebrities—primarily based in the UK—taking pictures of themselves waking up first thing in the morning.

But the hashtag isn’t only a medium for “I woke up like this” narcissism. Rather it is a call for people to “wake up” and donate to Unicef UK’s efforts to help Syrian children.

And, you know, show off a negligee.

#WAKEUPCALL has some elements working for it that might make it stick. First of all, it already has been adopted by celebrities, meaning that it will reach millions of fans wanting to replicate the trend. It is along the same lines of #NoMakeupSelfie, which raised money for cancer research in the UK. And, like the ice bucket challenge, it is seasonally appropriate. As the temperature drops, we’d much rather lull in bed than dump a bucket of ice water over our heads.

Let’s just hope that people lean towards the humorous rather than duckface. 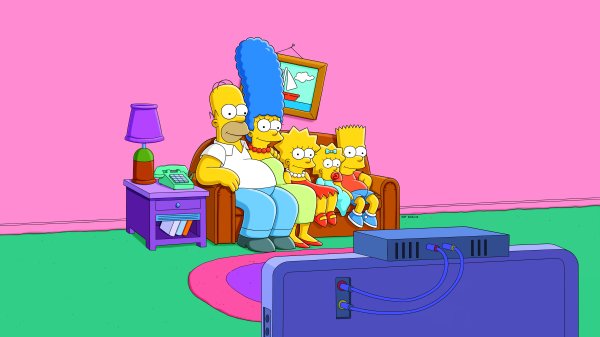 Watch Every Simpsons Couch Gag at the Same Time in One Video
Next Up: Editor's Pick