President Barack Obama has been delivering a single message again and again in the weeks since U.S. warplanes started bombing Islamic State targets in Iraq and Syria: there will be no American boots on the ground in either country. Bombing the militants from the air rather than sending U.S. forces to fight them on the ground means that there is virtually no chance of U.S. casualties, which is crucial to maintaining the support of a war-weary American public.

But the White House is wrong to suggest that the current campaign will have no human costs. U.S. pilots may not get killed in combat or suffer physical wounds, but they aren’t immune to post-traumatic stress disorder and the other invisible wounds afflicting hundreds of thousands of veterans of the long wars in Iraq and Afghanistan. Quite the opposite: reams of military-funded research has found that growing numbers of the pilots flying both manned fighter planes and armed drones are suffering from PTSD and depression because modern technology gives them uncomfortably vivid views of the carnage that results from one of their airstrikes. Have no illusions about the current campaign: U.S. troops may not die or suffer grievous physical injuries during the fight against the Islamic State, but it will exact a human toll all the same.

Drone operators are being hit particularly hard, and understanding why means taking a closer look at what those responsible for wielding the Obama administration’s weapon of choice against militants around the world see and experience every time they pick up the controls. The drone pilots typically work out of windowless trailers at bases in Nevada and California, spending 12 hours at a time hunched over video screens beaming back high-resolution imagery—better and clearer that what the average American watches on an HD TV—of the people and vehicles moving on the ground thousands of miles away. They track their targets for days or weeks before pulling the trigger. And that’s when, researchers say, the problems really start.

The results of the growing number of studies examining what long-distance war does to those who fight it are stark and striking. An Air Force survey in 2011 found that 41% of the Air Force personnel operating the unmanned aircrafts’ advanced surveillance systems reported “high operational stress,” along with 46% of those actually piloting the robotic planes.

The survey’s findings on post-traumatic stress disorder, one of the worst psychological maladies of the long wars in Iraq and Afghanistan, were just as striking. It concluded that 7% of the drone crews were in danger of developing PTSD, roughly half the proportion of troops returning from actual combat (the civilian rate is about 5%). PTSD is linked to depression and anxiety and is thought to be the primary reason for the military’s record suicide rate.

Last year, a study by the Armed Forces Health Surveillance Center found that drone operators were at “similar risk” for mental health issues like PTSD, depression, and anxiety as the pilots of the manned warplanes and other aircraft flying over Iraq and Afghanistan from bases in the two war zones because they were experiencing — even from the safety of their trailers thousands of miles away — “witnessing traumatic experiences” like the deaths of U.S. troops or the militants they had just killed by pulling a trigger on what looks like a video game joystick.

To understand what that means in human terms, consider the story of former Airman First Class Brandon Bryant, who flew drones over Afghanistan. In searing interviews with GQ, Bryant described the strange intimacy of using infrared cameras to watch the purported militants he was tracking as they went about their daily lives: having sex with their wives on the rooftops of their houses or playing soccer with their children. Then he would pull his trigger, and some of those the men would disappear in a flash of white flame.

Another time, Bryant was using his drone to fly over a convoy of Humvees traveling down a dusty road in a blood-soaked stretch of Iraq, looking out for possible buried bombs. He spotted something suspicious, but a communications problem prevented him from being able to warn the Humvee commander on the ground. He watched, powerless to help, as a bomb tore through one of the vehicles, killing three soldiers and wounding several others.

The vivid imagery of the deaths he’d caused and seen sent Bryant over the edge. He drank so much whiskey and Coke that he would pass out and sleep in a parking lot near his hometown. Once, his mother woke up to discover that he had left a loaded semi-automatic pistol. She immediately worried he was getting to the point where he would take his own life. He began to seek help and was quickly diagnosed with PTSD. Therapy eventually pulled him back from the brink, but it had been a close call.

Bryant’s invisible wound is all-too-common among the pilots flying manned and unmanned warplanes in war zones. The White House has been deliberately vague about how long the current campaign against the Islamic State will continue, but has warned that it could take years. That means America’s pilots will be at war for a long time to come, even if America’s ground troops are not. Those pilots may never set foot in Iraq or Syria, but they could become casualties of war all the same.

Yochi Dreazen is managing editor of Foreign Policy. He covered the wars in Iraq and Afghanistan for The Wall Street Journal and has reported from more than 30 countries. His new book, The Invisible Front: Love and Loss in an Era of Endless War, is out today. 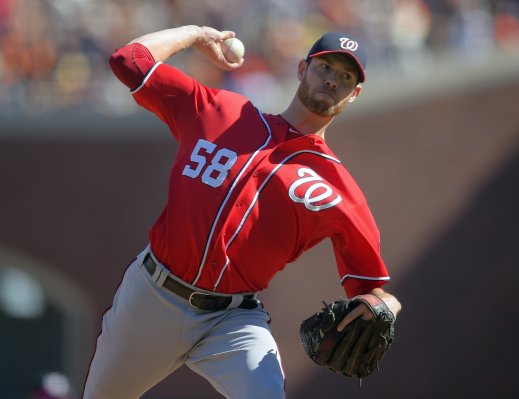 Major League Baseball Is Less Competitive Than We Think
Next Up: Editor's Pick