66% of Female Restaurant Workers Report Being Sexually Harassed by Managers

A large majority of restaurant workers say they face consistent sexual harassment at the hands of customers, co-workers and managers, according to a new advocacy group survey.

Researchers at the Restaurant Opportunities Center (ROC) United, a nonprofit which advocates for low-paid service industry workers, interviewed 688 current and former restaurant employees from 39 states, and reported a number of findings:

Examples of sexual harassment given by respondents ran from sexual jokes to explicit advances and groping. In general, women reported a higher volume of harassment than men.

ROC United also said reports of sexual harassment increase in restaurants which give employees a base pay of $2.13 an hour—forcing waitstaff to rely on tips from customers—rather than offering minimum wage.

“When a guest does it, then I feel a lot more powerless,” a participating Houston server told ROC United. “That’s when I’m like, man, that’s where my money’s coming from.”

Women making $2.13 an hour reported getting sexually harassed twice as much as women working in states that pay minimum wage to all workers, and they were three times as likely to be told by management to wear “sexier” clothes, they said.

Several survey participants said that management not only dismissed harassment at the hands of customers, but encouraged them to play along.

“I was kind of surprised,” said a respondent. “He said, ‘Well, those people pay a lot of money for our services and, I mean, would it hurt to smile a little bit, be a little bit more friendly to them?’ And I was blown away.” 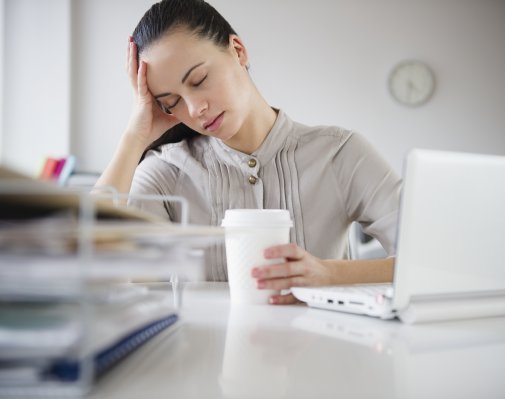 3 Easy Ways to Get Healthier at Work
Next Up: Editor's Pick