In the movies, every crazy old fart needs a cool old car. Jack Nicholson drove a spiffy yellow 1970 Dodge Challenger two-door in The Bucket List. In Gran Torino, the cranky pensioner played by Clint Eastwood not only owned a 1972 GT Sport, he also used to build cars like that at the Ford plant. But maybe Bill Murray beats both of these stars. In St. Vincent he tools around lower Brooklyn in a wood-paneled ’83 Chrysler LeBaron convertible that is almost as dilapidated as he is. (I mean, has almost as much character)

At a Q&A after the Toronto Film Festival world premiere of his new movie, Murray was asked how he landed the title role of a grumpy old man. He looked at writer-director Theodore Melfi and said, “Because you couldn’t get Jack Nicholson.” Vincent does fit the Nicholson template — a crab apple that ultimately turns Delicious — in The Bucket List, As Good as It Gets and, provisionally, About Schmidt. The role might also have appealed to Eastwood, if he hadn’t already made his get-off-my-lawn movie. It remained for Murray, who at 64 is 13 years younger than Jack and a full two decades shy of Clint, to exercise his gravelly gravitas and bring some ornery life to a reductive fable of redemption.

In the third of this fall’s films (after The Drop and A Walk Among the Tombstones) set in the last ungentrified parts of Brooklyn, Vincent prowls through Sheepshead Bay like Marley’s ghost, from the local bar to Belmont race track to the arms of a pregnant Russian hooker named Daka (Naomi Watts). He’s deeply in hock everywhere, especially to the loan shark Zucco (Terrence Howard). So he could use the $12 an hour that a new neighbor (Melissa McCarthy), saddled with a double-shift hospital job, will pay him to mind her 12-year-old son.

Oliver (Jaeden Lieberher) has his own problems: an absent father, his own personal bully (Dario Barossa) at school and, now, this awful old man as a babysitter. Yet, perhaps because he lacks companionship of his generation or any other, Oliver warms to his keeper. And when his Catholic school teacher (Chris O’Dowd) assigns the class to choose a living person for a “Saints Among Us” project, Oliver thinks of Vincent. A seedy misanthrope might seem an odd candidate for such an endeavor. But the movies have already given us Bad Santa, Bad Teacher and Bad Grandpa. Why not Bad Saint?

If you think Vincent will become Oliver’s nemesis or predator, rather than his mentor and savior, you are imagining a more complex, challenging movie than Melfi, a TV-commercials director making his first feature, has in mind. Yes, Vincent takes Oliver to the bar and the track; he barfs his bad moods all over this very decent kid. But he gives the boy life lessons, like how to fight off the brutes at school. Vincent also does some secret charitable work that shows he has a heart, and it won’t stop aching.

The overqualified actors often give quirky life to a script that denudes their characters of nuance. McCarthy goes nicely pianissimo for a change, playing it fretful rather than shrewish. Lieberher provides charmingly understated counterpoint to the star curmudgeon. Watts chips in with a few chipper chippie scenes. And Murray, taking a rare lead role (his only other in the past nine years was Franklin D. Roosevelt in the 2012 Hyde Park on Hudson), reminds us he’s a precious movie resource. He inhabits the part like an ingenious squatter in an abandoned tenement: picking through the detritus of plot and finding nourishment for Vincent’s pain and wayward grace.

Yet nothing can make a discerning viewer feel worse than seeing a “feel-good” movie like this one. Melfi ends scenes with visual punch lines that play like rim shots; he forces salvation on everyone (including Oliver’s bully); he politicks shamelessly for emotional uplift. This barrage of kitsch is enough to turn any saint in the audience into the old, grouchy Vincent, before he got canonized. We’d rather take a spin with that irredeemable bastard, enduring his insults while enjoying the ride in that LeBaron. 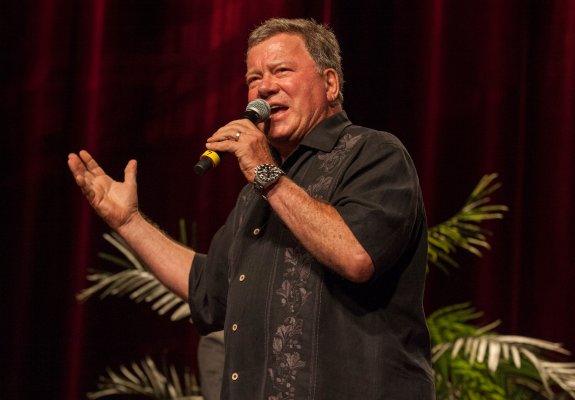 Why Star Trek Bringing William Shatner Back Is a Terrible Idea
Next Up: Editor's Pick