No, Bill Maher, the West Doesn't Have a Monopoly on 'Liberal Principles'

Bill Maher is upping the ante in his campaign against Islam. In a steady escalation over the past year, he has shown a real commitment to his belief that Islam is an inherently evil and anti-liberal faith that animates much of the violence and oppression across the Muslim majority world. He’ll find, eventually, that he is fighting a losing battle – but it won’t be a battle without Muslim casualties both in the U.S. and abroad.

Last Friday, Maher dedicated a good portion of his show Real Time With Bill Maher to maligning Islam, backed up by notorious anti-theist Sam Harris. New York Times columnist Nicholas Kristof pushed back, offering some nuance to their wholesale condemnation of the fastest growing religion in the world, and actor Ben Affleck responded with clear disgust, calling their arguments “racist.”

Putting aside the unavoidable optics and dynamics of a conversation about Islam that excluded Muslims (oh, and women too), it’s vital to point out what Maher seems to be missing: the absolute inefficacy of an argument that he could win only if 1.6 billion people suddenly decided to abandon the religion. Between you and me, Bill, that’s not going to happen. But here is what is happening:

Muslim women around the world are fighting for their rights in societies that have marginalized and oppressed them by reviving the Islamic tradition of gender equity and inclusion.

Muslim religious leaders of all ethnicities and nationalities have spent the past decade articulating every conceivable scriptural argument against violence and terrorism and condemning it from an Islamic perspective. Hundreds of fatwas against violence have been issued in this time.

Muslims are advocating for the rights of minorities in their societies and even paying for it with their lives.

Armed forces of Muslim majority countries are fighting terrorists and dying across the region because the citizens of these countries are the greatest victims of terror.

Muslims are fighting against corrupt autocratic, despotic regimes that often crush the practice of faith, from China to Egypt, and further crush the involvement of faith-oriented parties and players in any kind of democratic process.

Muslims are fighting poverty and hunger, both in the U.S. and globally, as a religious duty.

Muslims in the U.S. are part of law enforcement, the military, and every domestic and foreign security and intelligence agency in the land.

This is a partial view of the landscape of what Muslims are doing without abandoning Islam, and instead being compelled by faith to work for justice across a spectrum of issues.

Under Maher’s construct, Islam itself is the culprit. It’s not an issue of terrible Muslims, it’s an issue of a terrible system, or as he put it “the motherload of bad ideas.” As if racial equality, women’s rights, social justice, charity, minority protections, and the avoidance of conflict were ideas generated in the liberalized West that Islam missed completely 1,400 years ago. To those of us who are countering social and political ills using Islam as our authority and foundation, Maher’s understanding of Islam is not just profoundly myopic, it is dangerous and hurts our work.

Thanks to the extreme rhetoric around the dangers of ISIS to the homeland, Muslims in the U.S. are already facing increased threats. A number of prominent American Muslims leaders I personally know have recently been advised by the FBI to keep a firearm and take the death threats seriously. We are having internal conversations on how to keep mosques and Islamic schools safe, training our communities on active shooter scenarios, keeping our homes and families safe. When the fear-mongering against Muslims on the political right starts being echoed in the political left, you can be assured a serious attack or attacks in this country against Muslims will happen. It’s no longer a matter of if, but when.

Likewise, as Maher and others step up attacks on Islam, it feeds directly into the narratives used by terrorists and extremists abroad to justify attacks on any Muslim person or institution seen as a Western apologist. Those of us who firmly believe that “liberal” Western values are part and parcel of Islam are viewed as apostates by extremists, and Maher is evidence that Islam is indeed under attack by the West.

I want to believe that Maher speaks from a real concern for humanistic values, and not from a deep-seated personal prejudice. I’ll give him the benefit of the doubt for not knowing what he doesn’t know about Islam, but I can’t give him a pass for not making a genuine effort to fill in his knowledge gaps. I won’t be surprised if Maher shows up soon wearing a “I learned everything I need to know about Islam on 9/11” t-shirt.

If not compelled by the inaccuracies of his arguments, Maher should deeply consider their inefficacies. He could be a tremendous asset to Muslims fighting for the same kinds of social justice and reform he desires, if only he didn’t throw the baby out with the bathwater.

Rabia Chaudry is a National Security Fellow at the New America Foundation, the President of the Safe Nation Collaborative, and a CVE expert and consultant who focuses on community resilience and law enforcement engagement. She is an attorney with a background in immigration and civil rights law and has been a community and interfaith advocate for many years. She writes and speaks frequently on Islam, Muslims, gender inequities, violent extremism, community advancement, and faith and gender oriented approaches to social justice and conflict. 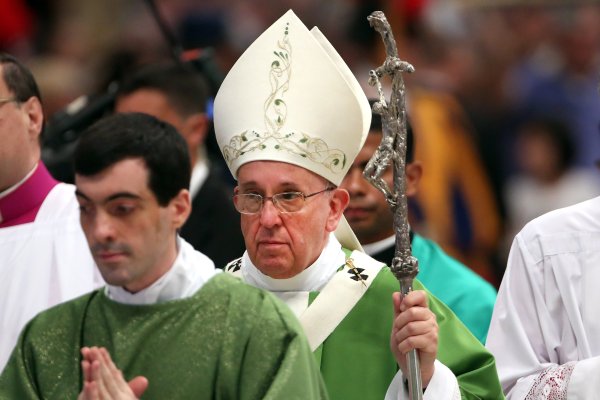