Over the past few weeks, a prominent—and nearly all female— group of celebrities have had their personal accounts hacked, their private nude photos stolen and exposed for the world to see. Friday brought the fourth round of the aggressive, invasive, and criminal release of leaked photos.

Whether the target is a famous person or just your average civilian, these anonymous cyber mobs and individual harassers interfere with individuals’ crucial life opportunities, including the ability to express oneself, work, attend school, and establish professional reputations.

Such abuse should be understood for what it is: a civil rights violation. Our civil rights laws and tradition protect an individual’s right to pursue life’s crucial endeavors free from unjust discrimination. Those endeavors include the ability to make a living, to obtain an education, to engage in civic activities, and to express oneself—without the fear of bias-motivated threats, harassment, privacy invasions, and intimidation.

Consider what media critic Anita Sarkeesian has been grappling with for the past two years. After Sarkeesian announced that she was raising money on Kickstarter to fund a documentary about sexism in video games, a cyber mob descended. Anonymous emails and tweets threatened rape. In the past two weeks, Sarkeesian received tweets and emails with graphic threats to her and her family. The tweets included her home address and her family’s home address. The cyber mob made clear that speaking out against inequality is fraught with personal risk and professional sabotage. Her attackers’ goal is to intimidate and silence her.

Understanding these attacks as civil rights violations is an important first step. My book Hate Crimes in Cyberspace explores how existing criminal, tort, and civil rights law can help combat some of the abuse and how important reforms are needed to catch the law up with new modes of bigoted harassment. But law is a blunt instrument and can only do so much. Moral suasion, education, and voluntary efforts are essential too. Getting us to see online abuse as the new frontier for civil rights activism will help point society in the right direction.

Danielle Citron is the Lois K. Macht Research Professor & Professor of Law at the University of Maryland Francis King Carey School of Law. She is an Affiliate Scholar at the Stanford Center on Internet and Society and an Affiliate Fellow at the Yale Information Society Project. Her book, Hate Crimes in Cyberspace, was recently published by Harvard University Press.­­­­ 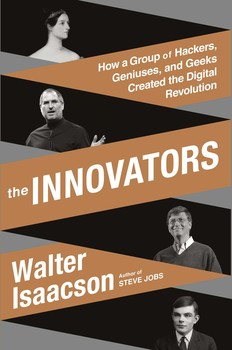 How Bitcoin Could Save Journalism and the Arts
Next Up: Editor's Pick