Demonstrators in support of same sex marriage stand during the second annual "March for Marriage" in front of the US Supreme Court in Washington on June 19, 2014.
Karen Bleier—AFP/Getty Images
By Zeke J Miller

The Supreme Court’s decision Monday clearing the way for same-sex marriages in five states may benefit an unlikely group: Republican lawmakers who can’t wait to stop talking about gay marriage, an issue that is increasingly becoming a drag for the party.

Advisors to multiple likely 2016 candidates told TIME after the news broke that they are hopeful that swift action by the Supreme Court will provide them cover. “We don’t have to agree with the decision, but as long as we’re not against it we should be okay,” said one aide to a 2016 contender who declined to be named to speak candidly on the sensitive topic. “The base, meanwhile, will focus its anger on the Court, and not on us.”

The initial comments of politicians also hinted at a desire to turn the page. In Wisconsin, Gov. Scott Walker, a potential 2016 contender locked in a tough re-election fight this fall, told the Associated Press that the fight to prevent same-sex marriage would end. “It’s over in Wisconsin,” he said.

“The federal courts have ruled that this decision by this court of appeals decision is the law of the land and we will be upholding it,” Walker added, echoing the statement of New Jersey Gov. Chris Christie, who called the issue “settled” in his state over the summer, despite his personal opposition to such unions. Christie declined to address the decision when asked about it Monday.

At a forum in Washington, D.C., Louisiana Gov. Bobby Jindal, who is also considering a run for the White House, said the issue was moving out of the political sphere. “The law is certainly in the Court’s court,” Jindal said. Neither man said the court ruling had dented their own opposition to same sex marriage, but their statements indicated they hope to set the issue aside as they eye bids for the White House.

Wary of this possibility, evangelical leaders vowed election year fights. “For candidates running in 2014 and those who run for president in 2016, there will be no avoiding this issue,” said the Faith and Freedom Coalition’s Ralph Reed in a statement after the Supreme Court ruling. Yet many in the party are preparing to do just that.

“The GOP is a culturally conservative party and should remain so,” said Alex Castellanos, one of the dozens of GOP political operatives to sign on to an amicus curiae brief against the Defense of Marriage Act last year. “Increasingly, there is less room in the GOP for ‘big-government’ social conservatives, i.e., social conservatives who believe in using the power of the state to tell people whom they can love or marry. Instead, there is growing agreement, in an ever younger and increasingly libertarian Republican party, that the role of the state in prohibiting relationships should be minimized.”

In the decision Monday, the high court declined to hear challenges to appellate court rulings that five state same-sex marriage bans are unconstitutional, effectively approving the rulings and erecting a legal barrier to states seeking to prevent the practice from taking hold. The decision is the latest step in a whirlwind legal push in support of same-sex marriages that has the backing of the majority of the national electorate, but has polarized the GOP.

Over the summer the Republican National Committee took control of the primary debate process with the expressed goal of reducing their focus on social issues, in hopes of keeping the eventual nominee from emerging from the primary process as unelectable to the national public.

Evangelical conservative leaders are likely to call upon Republican candidates to support a federal “marriage amendment” to prohibit same-sex coupling. Such an effort has the backing of former Pennsylvania Sen. Rick Santorum, who is preparing to mount another campaign for the White House, and has been backed by Indiana Gov. Mike Pence. An aide to Jindal said Monday he remains supportive of efforts to pass a federal marriage amendment. But few, if any, of its proponents, believe it can be passed in practice, given Constitutional requirement that two-thirds of the House and Senate and three-fourths of the states’ legislatures.

Sen. Ted Cruz announced Monday he would introduce a Constitutional amendment preventing the Supreme Court from striking down marriage laws. “The Supreme Court’s decision to let rulings by lower court judges stand that redefine marriage is both tragic and indefensible,” he said in a statement, declaring the Court’s decision not to hear arguments on the gay marriage cases “judicial activism at its worst.”

Keith Appell, a Republican political consultant working with many social conservative groups, predicted that Republicans will turn the debate to focus on the judicial appointments likely to open up under the next president. “Filling those vacancies will shape the court for the next generation and it’ll be a huge issue in both the primaries and the general election,” he said. “Do we want activist judges who literally make the law up from the bench and impose it on the people, as is happening with these appellate rulings? Or do we want judges that fairly apply the law and leave the lawmaking to Congress, state and local legislatures?” 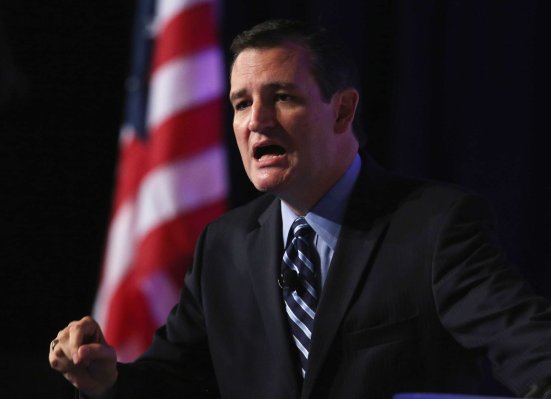