Don't Get Too Excited, Fans: A Third Sex and the City Movie is a Stretch

Apart from whether Tony lived or died at the end of The Sopranos, there may be no longer-running HBO-related enigma than whether or not Sex and the City 3 will ever hit theaters. The stars of the franchise — Sarah Jessica Parker, Kristin Davis, Cynthia Nixon, and Kim Cattrall — have been asked about whether or not there’ll be another reunion for Carrie and the gang pretty much every time one of them promotes a project since Sex and the City 2 came out. Who’d have guessed, then, that it’d be Jennifer Hudson to break the non-story of another sequel?

In a radio interview, Hudson, who played Carrie Bradshaw’s personal assistant in the first Sex and the City movie, said that she’d recently heard about a script in development. “Somebody just came to me talking about that,” said Hudson. “So if it’s in the talks, it might happen. So look for it.”

This is hardly a confirmation, though; “if it’s in the talks, it might happen” is, as this self-styled Sex and the City 3 prognosticator knows, more or less what Parker’s been saying for years. This year, she said, “We’ve never really had real conversation about it, other than that I know there is a story.” In 2013: “I’ve been saying… there is one more story to tell. If it is, in fact, the right time and the right place, maybe we should tell it.” In 2011: “I think there’s one more story to tell. I know there is.” Parker’s tweets at Davis, her castmate, that were taken by some as a sign the movie was coming, can be read in this light as jokes about just how much “news” a potential third movie has been generating for four years without an inch of film shot.

What all of Parker’s answers to the question share is a noncommittal nature that’s less coy than frankly uncertain: It might happen, and if it did, it might be fun! But the question’s not being asked because fans want the adventures of Carrie and the gang to continue; it’s being asked because Sex and the City 2, with its bizarre Middle Eastern romp of a plot, was inadequate as closure for the much-loved series. The weight of expectation (described by actor Chris Noth, unhappily, as “this iconic thing”) on a potential third movie would be close to insurmountable, both because of the amount of times Parker has described the last story the show has to tell and because the second movie is so widely regarded as a bomb. When it comes to a demographic whose stories are rarely told by Hollywood in the first place, “atoning for past mistakes” doesn’t really clear the bar as a reason to make a big-budget movie. The one more story to tell may be that of a fanbase learning to live with disappointment. 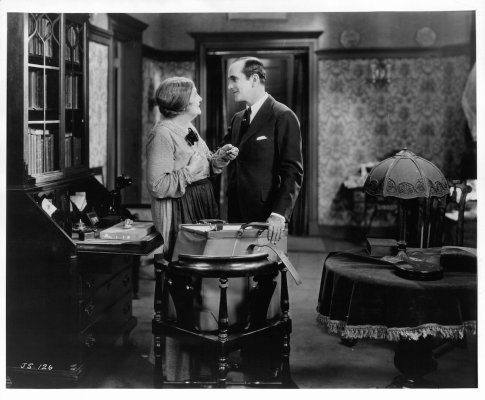 Why Contemporary Commentators Missed the Point With The Jazz Singer
Next Up: Editor's Pick