A Chicago teenager was arrested at O’Hare International Airport over the weekend while allegedly attempting to go to Turkey to join the militant group Islamic State of Iraq and Greater Syria (ISIS), officials said Monday.

Mohammed Hamzah Khan, 19, was arrested by the FBI before he boarded a flight to Vienna on his way to Istanbul, and has been charged with one count of attempting to provide material support to a terrorist organization, according to a criminal complaint filed Monday by the Department of Justice. Khan is a U.S. citizen.

While he was at the airport, the FBI executed a search warrant at Khan’s family home and found handwritten documents expressing support for ISIS and a desire to fight along side the group, according to the criminal complaint filed in federal court. The documents included travel plans, drawings of the ISIS flag and flags of other known terrorist organizations, and a page that included writing in Arabic that, using another name for ISIS, said: “Islamic State in Iraq and Levant. Here to stay. We are the lions of war [unintelligible.] My nation, the dawn has emerged.”

Law enforcement also found a letter written to Khan’s parents that appeared to explain his thinking. He told them not to contact the authorities, that he was intending to “migrate” to ISIS “now that it has been established,” and that he was upset that his taxes were being used to kill his “Muslim brothers and sisters.”

Khan was in federal court Monday and was ordered held at least until a detention hearing on Oct. 9, the Associated Press reports. If convicted of attempting to provide material support to a terrorist organization, Khan could face up to 15 years in prison and a $250,000 fine. 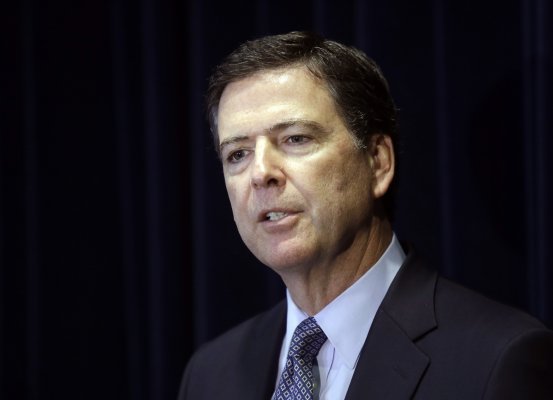 FBI Tracking a Dozen or So U.S. Jihadists in Syria
Next Up: Editor's Pick