Go Ahead, Get Excited for the New Twin Peaks. Even If It Turns Out Awful.

Sometimes, as it turns out, the owls are exactly what they seem. Rumors had been percolating (like damn fine coffee) that Twin Peaks might be returning in some form, and they went into overdrive last Friday when the show’s creators, David Lynch and Mark Frost, tweeted the same quote from the show: “That gum you like is going to come back in style.” But it couldn’t mean… They weren’t going to… No one would actually… Would they?

Turns out they would, and they are. Showtime today announced that Twin Peaks is returning, as a nine-episode limited-run series, in 2016, with Frost writing and Lynch directing.

Because that’s the way of these things, isn’t it? Someone announces a revival, or a reboot, or in this case a continuation, and the commentary-industrial complex begins imagining reasons why this new Star Trek, or Star Wars, or surreal Northwest mystery cannot possibly turn out well. Remember The Phantom Menace? Remember Fire Walk With Me? That one guy is going to be that one superhero? That guy from Swingers is going to be in True Detective? We’re doomed! (I have done this plenty of times myself, trust me.)

I have no idea, of course, what the new Twin Peaks will be like. It will be good, or it will be bad. But I beg you: let yourself get excited. Be happy about a thing without needing to coat it in prophylactic pessimism. Don’t give in to the defensive reflex to pre-disappoint yourself. Don’t be afraid of seeming like a sucker.

I don’t know, none of us do, what Lynch and Frost will give us in two years, but I know this:

* Two very talented people are returning to TV. This, really, is the bottom line. Frost and Lynch don’t need to make more Twin Peaks. That they are doing so anyway tells me they have ideas they’re excited about, and that’s reason enough for hope.

* TV doesn’t need Twin Peaks anymore. When Twin Peaks premired in 1990, it blew up our notions of what TV could and could not do: it established that TV could be idiosyncratic, could be ambitious, could be art, even, and–at least for a while–could be wildly, commercially successful. Today, the TV business is much different from what it was then. There are far more outlets, a show can survive with a far smaller audience, and it’s much easier (which is not to say easy) to find a place to take a chance wth a risky concept. For years after Twin Peaks went off the air, its dramatic drop in ratings was cited as proof of what you couldn’t do on TV–that it was dangerous to be too weird, or establish mysteries with a tricky payoff, and so on. Now, there’s less riding on a new Twin Peaks: it can succeed or fail on its own, and TV as an art form will carry on.

* We all have an excuse to go back and watch a fantastic work of TV art. Even the second season. If the revival does nothing else but introduce new viewers to the original, evocative, entrancing work, that will be a plus.

* You can’t ruin a good thing retroactively. This, really, is the most important point to me. We’ve developed this sour mindset among some series and franchise fans that an ending, or a continuation, that disappoints them negates everything that came before it. A serial needs to “stick the landing” or else I’ve “wasted” all the time I put into it. This, I’d argue, is such a crabbed and limiting view of art and entertainment. The pleasure you derive from a thing is always worth it, no matter what comes afterward.

There’s no prize for making the right judgment on a work of fiction two years before it exists. If you loved Twin Peaks–or even if you’re just curious–you now have an excuse to go back and look again at one of the greatest things TV ever did.

And in 2016, its creators will do something great again. Or they won’t. In which case there will be plenty of time to hate it then. Why waste two years pre-hating something? 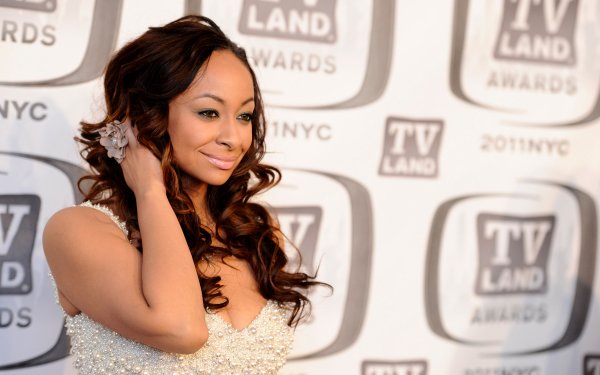 Raven-Symoné Tells Oprah She Refuses Labels
Next Up: Editor's Pick