Jihadist Bullets Are Often Made in the USA

These four rifle cartridges were made in 2005, 2006, 2007 and 2008 at the U.S.-government owned Lake City Army Ammunition Plant in Independence, Mo., before falling into ISIS hands, according to a new report.
CAR
By Mark Thompson

Not only are the militants of the Islamic State in Iraq and Greater Syria (ISIS) tooling around their new “state” in U.S.-built vehicles recently plundered from the Iraqi army, but many of the bullets they’re firing come from the U.S. as well.

The news suggests just how fluid the battlefield straddling Iraq and Syria has become—and how efforts by other nations to help both beleaguered states can boomerang as their ammo often falls into enemy hands.

A private arms-tracing group vacuumed up more than 1,700 ISIS rounds in the Kurdish regions of northern Iraq and Syria from July 22 to Aug. 15. Nearly one of every five examined by experts from the independent Conflict Armament Research was manufactured in the U.S., according to a report released Monday by the group.

ISIS “forces appear to have acquired a large part of their current arsenal from stocks seized from, or abandoned by, Iraqi defence and security forces,” said the London-based CAR, a nonprofit research organization funded by the European Union. “The U.S. gifted much of this materiel to Iraq.”

CAR used stampings on the bottom of the cartridges—almost like fingerprints—to track their source.

Here's where the cartridges collected by researchers were manufactured.
CAR

The variety and age of the ammo used by ISIS fighters shows they have multiple means of supply. “China, the Soviet Union/Russian Federation, and the United States (US) are the top three manufacturing states represented in the sample,” CAR reported. “Ammunition in service with Iraqi and Syrian defence forces is also significant in the sample.”

CAR documented more than 300 U.S.-manufactured cartridges used by ISIS, mostly made between 2000 and 2010. Russian ammo was much newer—“as little as seven months from manufacture in Russia to capture from [ISIS] forces in Syria,” the group says. “Syrian defence forces are a plausible source of this ammunition.” At the other end of the timetable, CAR found a single Soviet cartridge dating back to 1945, the last year of World War II.

Most of the cartridges recovered in Syria were 30 years old and of Chinese and Soviet manufacture. “By contrast, the sample of ammunition recovered in Iraq is mainly U.S.-manufactured and comprises 5.56 x 45 mm cartridges,” CAR’s 16-page field report said. That’s the type “used in U.S.-supplied M16 and M4 assault rifles of the Iraqi defence and security forces.” 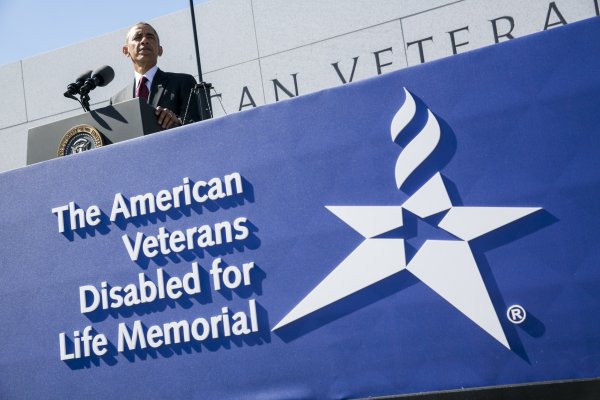 It's Time to Rethink the Carter Doctrine
Next Up: Editor's Pick