Here Are 5 of The Most Dishonest Political Ads of 2014

We are deep in the heart of ‘gotcha’ season, with campaigns drudging up petty scandals to fire in attack ads rather than focusing on substantive issues. But some of those ads take it too far. From allegations of funding terrorists to accusations of being soft on sex offenders, here are five of the sleaziest political ads this fall.

This ad from Alaska, in which Sen. Mark Begich (D) accuses his opponent, former Alaska Attorney General Dan Sullivan (R), of letting sex offenders off with light sentences, was so controversial that it was taken off the air. The ad focuses on one case in particular, in which a man was accused of murdering a couple and raping their infant granddaughter in 2013. The ad blurs the truth, however, by placing all the blame for the man’s “light” sentence on Sullivan, when in reality the Department of Law, the Department of Corrections and the Department of Public Safety all had roles in sentencing, and Sullivan himself was not personally involved in the plea agreement, according to Factcheck.org.

Arkansas has had some of the nastiest campaign ads this season, and here Sen. Mark Pryor (D) continues the trend by using Ebola fear-mongering. He claims that his challenger Rep. Tom Cotton (R) “voted against preparing America for pandemics like Ebola.” While it’s true that Cotton voted against an early version of the 2013 pandemic and emergency preparedness bill, this ad conveniently glosses over the fact that Cotton voted for the final version of the bill, which Pryor also supported.

This ad, sponsored by the NRA and run in Louisiana against Sen. Mary Landrieu (D), goes for shock value by depicting a home invasion against a defenseless woman alone with her newborn. It says Landrieu “voted to take away your gun rights.” In reality, Landrieu supported a measure that would have expanded background checks for gun shows and Internet sales. That measure would not have affected private gun sales, where background checks are already required. So even if the law had passed, the woman in this video, who presumably lacks a severe mental illness that has been flagged by a court or a certain criminal convictions, could still have purchased a gun. 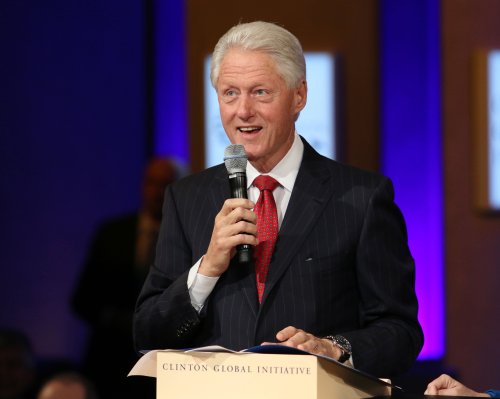