Members of the Cleaning Guys Haz Mat clean up company are seen as they sanitize the apartment where Ebola patient Thomas Eric Duncan was staying before being admitted to a hospital on Oct. 5, 2014 in Dallas.
Joe Raedle—Getty Images
Ideas
By Mary Beth Keane

By now most people know that Thomas Eric Duncan is the first Ebola patient diagnosed in the United States, and that he’s being kept in isolation at Texas Health Presbyterian Hospital in Dallas. Recently arrived from Liberia, he was staying with four relatives when he became ill; for several days after Duncan’s diagnosis, these four most at risk remained trapped in their home, alone with the towels Duncan used when he bathed, the utensils he used to eat, the sheets he sweated through as his temperature rose. As of Friday morning, they’d been moved to a more remote location, also under armed guard, but where they are free to venture outside.

The word quarantine comes from the Italian quaranta, meaning forty, or the number of days ships had to remain isolated at sea before the people on board could go ashore during the height of the Black Plague, when as many as 50 million 14th century Europeans died. Here in the US, the use of quarantine as a public health tool has almost never been without controversy, mainly because the large-scale quarantines in our nation’s history have always meant taking a group of people, usually in the lowest income bracket or of the same minority group, and placing them apart. Looking at a history of quarantine means looking at a history of discrimination.

The most infamous case of involuntary isolation in the U.S. is that of Mary Mallon—better known in folklore as Typhoid Mary. Though her case hit the headlines in 1907, it becomes newly relevant whenever the U.S. faces a health crisis that pits protecting the public against an individual’s civil rights. Mallon, who arrived from Ireland as a teenager in 1883, was finding steady work cooking for New York City’s wealthiest families when an ambitious sanitary engineer identified her as the first healthy carrier of typhoid fever. The main difference between Mallon and Duncan is that Mallon was asymptomatic, and she claimed to have never had Typhoid fever. Doctors could prove she harbored the bacteria in her body, but acknowledged that in every way she was the picture of perfect health. Instead of trying to educate Mallon about her unique condition at a time when the average person knew so little about germs, the Department of Health along with the New York City Police Department showed up at the Upper East Side home where she was employed and arrested her without a warrant. “Typhoid Mary,” headlines read in newspapers all over the country; the nickname has survived far longer than any memory of who she really was.

Treated like a criminal even as health officials admitted that she harbored typhoid fever through no fault of her own; placed in forced isolation even as those same officials acknowledged that New York probably had hundreds if not thousands of healthy carriers moving about in the big city, her case was riddled with contradictions from the start. Stubborn and intelligent, the woman at the center of it all struck me from the beginning as a character I wanted to understand better; so much so that I ended up writing a novel about her life. After reading about the period for many months, it came to me: Mallon’s case was just as much about gender and class prejudices as it was about typhoid. Maybe more so.

What I saw in Mary Mallon—what we all see in Mary Mallon when something as terrifying as Ebola strikes close to home and we’re once again talking about the moral conundrum of whether to value the public’s health more than an individual’s civil liberties—was a contemporary character who happened to live a century ago. When we talk about Thomas Eric Duncan we’re having the same conversation we had in 2007, when a Russian immigrant named Robert Daniels was placed in involuntary isolation in an Arizona hospital after walking outside without a mask even though he knew he had drug-resistant Tuberculosis. It’s the same conversation we had in the 1980s when hysteria began to rise about AIDS and Americans showed support for putting anyone who tested HIV positive in isolation camps. It’s the same conversation we had in 1901, when the Department of Health and the NYPD stormed tenements in Little Italy and administered smallpox vaccinations by force. Children already showing symptoms of the disease were pulled from their mothers’ arms and placed in isolation on North Brother Island, the same small quarantine island in New York City’s East River where Mary Mallon ended up spending a total of twenty-six years.

Where we find footing in these discussions depends entirely on our own point of view. Do you want to feel safe as you go about the business of your daily life? Of course you do. But what if – through no fault of your own – you’re the person society needs protection from? The news reminds us to wash our hands, to stay home if we feel ill. I think it’s equally important to remind ourselves that getting sick is not a crime, and coming down with an illness, even one as feared as Ebola, does not make a person a criminal.

In the most recent coverage, several news agencies are reporting that Duncan lied on a Liberian Health Authority questionnaire that asked whether he’d been in close contact with anyone who’d died of Ebola. Responding that he had not does, in many ways, make him seem more villain than victim. But when one moves the camera back and takes in the culture out of which that lie was born, including but not limited to the widespread denial among West Africans that Ebola is a disease at all (as opposed to a curse), it becomes far more complicated. No one but Duncan knows if he suspected he already had Ebola when he got on that plane. And none of us know what we would have done if we’d been living his nightmare and saw the same chance to escape.

The moral question at the center of my research about Mary Mallon was whether she knew she was causing typhoid fever outbreaks. She denied being a carrier until her death, but as we all know, the things we say are not always a true reflection of what we know in the most hidden recesses of our hearts. I had to decide for myself whether it was possible for an intelligent person to take up permanent residence in a state of denial. And if, privately, she allowed for the possibility that she was guilty, how close to the surface of her consciousness did that knowledge live. “Was she guilty?” I ask sometimes at public readings and talks. “Yes!” some people insist. “No!” others object. I think the answer lies somewhere in between. And as we learn more about the details of Thomas Eric Duncan’s actions between Monrovia and Dallas, I’m willing to bet the same is true for him.

Mary Beth Keane is a National Book Foundation “5 under 35” honoree. Fever, her novel about Typhoid Mary, was named one of the best books of 2013 by The San Francisco Chronicle, NPR Books, and Library Journal. 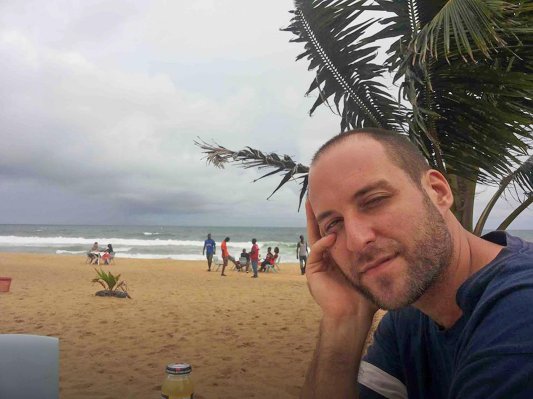 NBC Cameraman With Ebola Arrives on U.S. Soil
Next Up: Editor's Pick