How Communication Will Evolve Through Digital Touch

It’s not hard to look back at innovation cycles to see how technology advancements have impacted how we communicate. From the pencil to the printing press to computers to the Internet, and more recently, our smartphones, each has evolved communication in some way.

However, what do we learn when we study these technological advancements and how they have evolved our communication methods? We learn that ultimately, we have enabled new context in which to communicate digitally. In essence, technology has brought more communication options.

For example, prior to cell phones, many of us had pagers. The pager was basically an extension of the fixed landline. Someone could page you with a number and you would go to a fixed-line phone and call the person back. As teenagers, we created numeric codes to send messages: 43770 was “Hello,” for example; 143 was “I love you.” Effectively, every number or number combination had an alphabetical-letter equivalent. Looking back, this was essentially an early form of text messaging which, in and of itself, was a new option for communication. Not all conversation requires a lengthy voice dialogue. More often than not, short messages can suffice. It is the options that technology brings us that allow us to communicate in different ways depending on the context of the conversation.

Many of you will also remember your first experiences with a BlackBerry. There was something profound about being able to see your email from a device other than your personal computer. We learned very quickly that, for some emails, quick responses would suffice and that the BlackBerry was great for this. But for other emails, a more lengthy response was necessary. For these tasks, we would return to the PC. The context of the response dictates which device we use in a multi-device world. This is what I mean by technology giving us options. Prior to the BlackBerry (or Palm Pilot, etc.), the PC was our only option for both long- and short-form email communication. As innovations like the BlackBerry were created, we were presented with more options.

There are plenty more examples I can dig into but I wanted to frame the points above to turn our attention to smartwatches in general and the Apple Watch in particular. While dozens of questions remain about the Apple Watch, it is perhaps its potential to add a new communication element I find most intriguing at this point. Despite what I mentioned above about humans communicating through verbal and written forms, I left out another vital communication tactic: the physical one.

As part of my continuing study of humans, I became aware of some of the modern research on the science of touch in human communication. This article in particular from Berkeley is a good starter on the subject, and this line is one of the most interesting:

The physical connection has been proven time and time again to be essential to healthy relationships. A series of studies highlighted in the report showed how people, even strangers, can communicate emotion through touch. Touch is an essential part of how we communicate. It is very personal and very intimate, yet is foreign to the digital world.

What Apple is presenting with the Apple Watch appears like it may be the start of bringing digital touch as a communication method to the digital age. And if we think about the type of device that makes this type of digital touch communication possible, it makes sense it is done through a device we wear rather than one we keep in our pockets or bags.

While Apple may lead this effort initially, this is something that could expand even wider as the idea expands. A leading company in haptics named Immersion has been working on similar haptic communication as a language for years and could bring that solution to any wearable device.

Bajarin is a principal at Creative Strategies Inc., a technology industry analysis and market-intelligence firm in Silicon Valley. He contributes to the Big Picture opinion column that appears here every week. 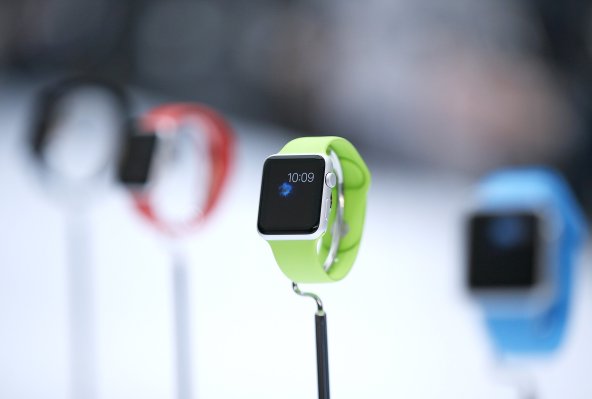 Nobody Can Predict the Success of Apple's Watch Yet
Next Up: Editor's Pick