Maher and author Sam Harris argued that liberals were backing away from criticizing Islam’s stance on women’s and LGBT rights because people “have been sold this meme of Islamophobia, where every criticism gets confused with bigotry toward Muslims as people.” Harris called Islam “the motherlode of bad ideas”; Maher called Islam “the only religion that acts like the mafia — that will f-cking kill you if you say the wrong thing, draw the wrong picture, or write the wrong book.”

Affleck, however, called these characterizations “gross and racist” and argued that Maher and Harris were just conflating the minority views of radical jihadists with the beliefs of the rest of the world’s estimated 1.6 billion Muslims. New York Times columnist Nicholas Kristof also jumped in on the conversation at points. Watch the full debate above. 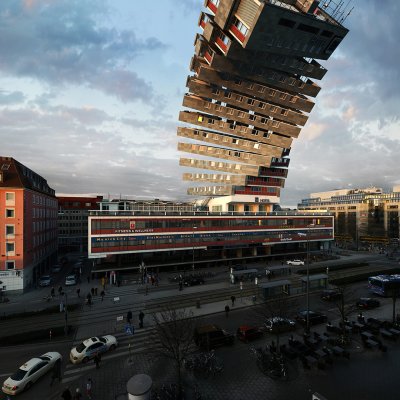 Artist Creates 88 Mind-Bending Versions of a Hotel
Next Up: Editor's Pick