The latest clue in the two-week search for a missing Malaysia Airlines jet comes from a French satellite, which has picked up images of what may be debris from the Boeing 777 in the southern Indian Ocean.

In a statement Sunday, Malaysia’s Ministry of Transport said the country had received images from French authorities “showing potential objects in the vicinity of the southern corridor.” Search efforts have been focused on this area, southwest of Perth, Australia, after both Chinese and Australian satellites picked up evidence of objects floating in the area in the past week, the Associated Press reports.

No evidence of the missing flight MH370 has been found, although searchers discovered a wooden pallet of the sort used when loading some airplanes. The airliner has been missing since March 8 after vanishing while en route from Kuala Lumpur to Beijing with 239 people, most of them Chinese nationals, on board.

Authorities say the search could be hampered Sunday by a tropical cyclone in the vicinity. 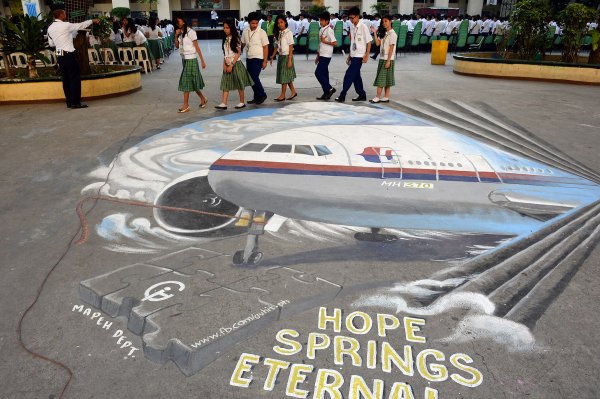