You already know what Meghan Trainor’s all about: last month the 20-year-old singer-songwriter released her debut EP, Title, on the strength of “All About That Bass,” her smash-hit ode to plus-size figures that’s now the No. 1 song in both the U.S. and the U.K. But you don’t get to the top without rubbing a few listeners the wrong way — TIME recently caught up with Trainor to talk about the backlash to her message of size-acceptance.

TIME: It seems as if “All About That Bass” is playing everywhere now. Are you sick of hearing it yet?

Meghan Trainor: Oh, for sure. My mom just said, “Wow, that’s pretty annoying now.” But she still loves it.

How do you explain the song’s success?

I think it’s the message and the lyrics and how it sounds different from everything that’s on the radio — I think that helped a lot. When we pitched it to labels, they would say, “You have to re-produce it.” At first it was kind of heartbreaking, but the fact that [record executive] L.A. Reid mastered it and put it out as-is is an ah-ha! for us. We didn’t have to change it to sound poppy or sound different.

Maybe the upright bass needs to have a moment.

When we perform it live, it sounds way better than an electric bass. We should bring it back.

It can be the new saxophone-breakdown trend that’s happening.

Exactly! There’s a lot of that. I’m ready for a new one.

Songs about loving your size are having a moment right now — Nicki Minaj’s “Anaconda,” Colbie Caillat’s “Try” and more. Why do you think that is?

I have no idea. I wrote [“All About That Bass”] a year ago, I didn’t plan it. When I heard Colbie’s song I was so excited. And the fact that she tweeted about my song? I cried a little bit because I’m her biggest fan. It’s amazing that all these songs are doing this body positivity thing. I’m just glad mine’s one of them.

There’s a line referencing “skinny bitches,” though, which some people have taken as a dis to thin people.

The label did say, “You might get some backlash for this line,” but I guess that’s what made the song really popular — people kept talking about it. I didn’t get a record deal to write a song to bash skinny people. I just wrote a song about how I’m comfortable with my body size, and if people can relate to that, that’s amazing.

Do you think the criticism is valid?

I think they stopped listening after they heard “skinny bitches” and didn’t hear the part about, “Nah, I’m just kidding, I know even you guys think you’re fat, and I’m here to say you’re perfect.” I have beautiful skinny friends that destroy themselves in the mirror because they don’t think they’re perfect. A lot of people stopped listening after the word “bitches” and were like, “Screw this Meghan girl! She just bashed us!” But no, I was just trying to say everyone was beautiful in their own way.

A couple songs on your EP, like “Dear Future Husband” and “Title,” seem to be rallying against hookup culture, which is rare in pop music. What inspired you?

Growing up with social media, it’s all, “Did he like my picture today? Did he text me back in the next hour? He must hate me then!” It’s much harder for us growing up. I know I didn’t like myself as much as I should have, and I hope people can hear my songs and know I’m a badass girl and I deserve a good guy to take me out on a date.

These themes suit your music’s retro sound. Did the message or the music come first?

When they told me, “You should write an album,” I thought, “What would I want to say to the world?” I want to help myself. I want to make sure guys take me on a date and treat me right because I didn’t do that in the past. I want to love my body more. I just hope younger girls love themselves more, and younger people in general. I always wrote that down on my vision boards at home: people should love themselves more. I wish I did when I was in high school growing up.

A version of this story appeared in the Oct. 13 issue of TIME, on newstands now. 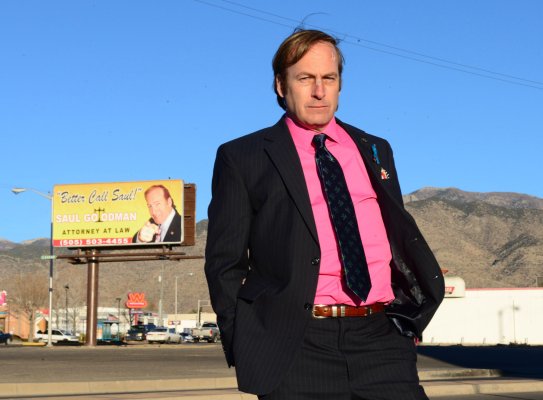 This New Better Call Saul Song Will Get Stuck in Your Head
Next Up: Editor's Pick