A Liberian Ministry of Health worker, dressed in an anti-contamination suit, speaks to a child in a holding center for suspected Ebola patients at Redemption Hospital on Oct. 3, 2014 in Monrovia, Liberia.
John Moore—Getty Images
By Denver Nicks / Dallas

The first diagnosed case of Ebola in the U.S., discovered nearly a week ago at a hospital in north Dallas, seized the country, as public health officials rushed to contain both the virus and the fear it inevitably caused. But Ebola has been tearing through the lives of West Africans in Dallas for months, killing loved ones back in Africa and putting a strain on bank accounts here in Texas.

Now that the virus has reached America’s shores there’s a grim sort of hope that help may finally be on the way.

“People are not happy that the disease has made it to America,” Alben Tarty, spokesperson for the Liberian Community Association of Dallas-Fort Worth, told TIME Saturday. “But with the attention it has garnered they think, ‘Ok, this is a bad thing, but maybe America can now appreciate what we’re going through.”

Jenny Dakinah lost her half brother and almost his entire household to Ebola (his wife, niece, mother-in-law and teenage son all died; miraculously, her now 10-month-old nephew survived). She’s mailing canned food to her family still in Liberia.

“You don’t know who you come in contact with when you buy food,” she said. Sending food and money to help her family survive the sputtering economy is straining her resources. “It’s getting harder and harder.”

Liberia is one of the most remittance-dependent countries on earth. Money sent to relatives from Liberians living in the U.S. accounted for 20% of the West African country’s economy in 2012 (the second highest percentage in Africa, after Lesotho), according to a 2014 World Bank report. As Ebola takes lives—both directly and by overwhelming the healthcare infrastructure so that even less lethal diseases become more deadly—it is also gutting economies where it strikes.

In Liberia, the hardest-hit country in this outbreak, the economy is buckling as society and its markets hunker down. Schools and offices close as a precaution. People interact less, leave the house less, and thus buy less. Without revenue many businesses that do stay open eventually shut down and lay off workers. The Liberian economy has been clawing its way back to health since the end of the country’s civil war in 2003 but the World Bank projects that if the virus isn’t substantially contained by next year its growth rate will plummet—to negative 4.9%.

“The financial implications of this are huge. Tremendous,” said James Kollie, the pastor of Better Life Church, a largely Liberian congregation in the Dallas area. “Millions of dollars have been lost in this outbreak. As I’m talking to you, more. Billions of dollars could be lost.” Kollie has family and a business back in Liberia. “Right now everything has been affected. I’m not making an income right now. Everything has come to a standstill.”

Albert Travell has lost seven nieces and nephews to Ebola. With the country now on lockdown he sends what he can to help his brother and sister get by. “I helped them with money just yesterday for them to buy food because they’re not working.” He sends $100 at a time. Sometimes $125. “The little money I had, I had to send to them”

Amid this dire situation, news that up to 4,000 U.S. troops will head to West Africa to help fight back against the disease has been a welcome ray of hope.

“We were just Africa, just hurting every once in awhile, but now that it’s affecting America, every hour it’s on the news,” Tarty said. “America is the most powerful country in the world with robust healthcare systems and is now paying attention to the virus and will do something about it. That’s the feeling people have right now.” 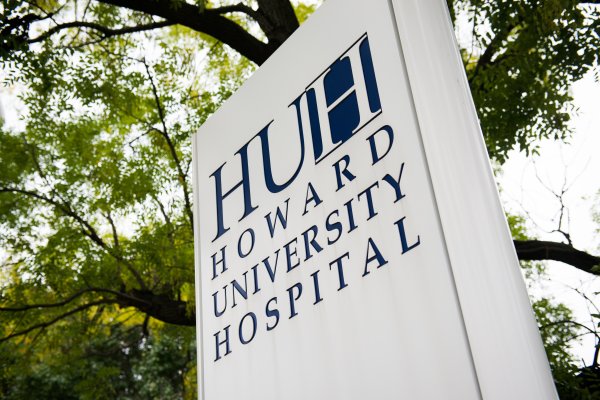 Howard University Patient Does Not Have Ebola
Next Up: Editor's Pick