Howard University Patient Does Not Have Ebola

The Howard University Hospital patient being tested for Ebola does not have the disease, according to the Washington, D.C. Department of Health and the U.S. Centers for Disease Control and Prevention.

Howard University spokeswoman Kerry-Ann Hamilton said health officials “ruled out” a case of Ebola in the patient, who had recently traveled to Nigeria.

In a separate news conference Saturday, CDC officials said that the dozens of people who had direct or indirect contact with a Texas patient currently being treated for Ebola do not themselves show symptoms of the disease. Thomas Duncan, who traveled to Liberia and contracted Ebola, was first sent home from a Dallas hospital despite health staff having access to his travel history. He was later readmitted when his conditioned worsened and diagnosed with Ebola.

“We have identified everyone that may have contact with him and none of those individuals have any symptoms at this time,” said Tom Frieden, director of the CDC. About 5o individuals had some level of contact with Duncan, including health staff, several schoolchildren, and Duncan’s girlfriend and roommates.

Freiden said screening processes at airports in affected African countries had prevented 77 people from boarding a plane to travel internationally through the use of thermometers or by identifying obvious symptoms of Ebola.

The number of individuals calling the CDC out of fear of having Ebola has increased since Duncan was diagnosed, Frieden said. 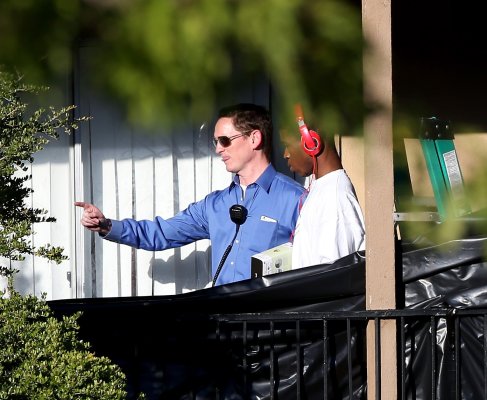 'Fighting for His Life'
Next Up: Editor's Pick