JPMorgan Chase, which was hit by a massive hack disclosed in August, was just one of 10 financial institutions infiltrated by a group of overseas hackers that may have connections to officials in the Russian government, according to a new report.

Unnamed sources told the New York Times that the hackers who stole addresses, names, email addresses and phone numbers from 76 million households and 7 million small businesses by attacking JPMorgan’s systems appeared to have at least loose connections with officials of the Russian government.

Officials said it was unclear whether the hackers were politically motivated. “It could be in retaliation for the sanctions” placed on Russia, one senior official briefed on the intelligence told the Times. “But it could be mixed motives — to steal if they can, or to sell whatever information they could glean.”

Besides attacking JPMorgan, the group of hackers also hacked nine other financial institutions whose identities have yet to be disclosed.

The security team at JPMorgan, the country’s largest bank by assets, was able to block hackers from compromising the most sensitive information about tens of millions of customers, security experts told the Times.

The bank was only able to halt the attack by the middle of August, and in recent days discovered the full extent of the attack. 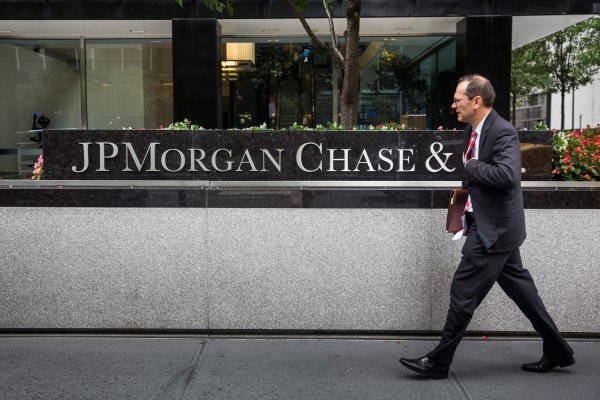 Why the JPMorgan Chase Bank Hack Isn't As Bad As it Sounds
Next Up: Editor's Pick