The Millennials Are All Right

Toddlers, it seems, are taking selfies. And the trend is kicking off a new round of debate about how technology affects our children.

The fear for these yogurt-stained selfie-snappers is that they will start early down the road to self-obsession—narcissists in the making.

There is no question that technology will have a profound impact on Generation Z—if that is indeed what we end up calling them. Recent research found that almost 40% of children under 2 have used a mobile device. It’s unclear if those figures include dropping one in the toilet, but I know from personal experience that digital fluency comes at a young age. The 3-year-old son of a friend will give me two tries to execute something on his newest iPad video game before he gently takes it away and patiently walks me through the steps.

Some say that the interaction of social media and developing brains has created a generation of deluded narcissists. But most Millennials I know, while admitting to a certain amount of self-involvement, balk at the term. Narcissism is, after all, a personality disorder defined by all kinds of nasty behaviors: exploiting others, envy, lack of empathy and an insatiable hunger for attention. It’s a pretty judgmental label to hang on someone who might be happy with him- or herself.

Whether it’s a disorder or just confidence, can technology really have all that much to do with it? Maybe. But maybe not.

A growing list of studies collected by Psychology Today offer conflicting takes on the social media-narcissism connection. Among the findings: high-volume users of Facebook score higher on narcissistic personality tests; grandiose exhibitionism correlates with anti-social behavior on Facebook; since posters only post the best of their lives, readers of those posts tend to do the same; Twitter users score higher on certain kinds of narcissism.

Other research came away with different views: narcissism has become a social norm for young people and social media is simply a place to exhibit it; having more friends on Facebook had no affect on brain activity; Facebook builds self-esteem because it gives us the chance to present our best selves; because posting on Facebook allows us to examine ourselves in relation to others, it’s actually a tool of self-awareness.

Clearly there is a chicken and egg issue. Does social media breed narcissists, or have narcissists discovered that, with social media, sharing the wonder of their existence is not limited to small groups at parties?

Either way, social media is hardly the first technology to influence the psychological makeup of a generation. Walk back a bit further and you find the baby boomers and television.

“Everything the baby boomers did was based on what they saw on television,” says Douglas Gomery, a media expert and journalism professor at the University of Maryland. “They grew up as television grew up, and each had an impact on the other.” The symbiotic relationship started with kid shows like Howdy Doody. It progressed through the teen shows like American Bandstand. He says it was television coverage of Vietnam that pushed many to protest. It gave them live coverage of events like the moon landing, JFK’s assassination and Nixon’s resignation.

The baby boomers have had their ups and downs, but they ended up a largely happy and accomplished generation. Television didn’t ruin them.

The pushback on the rap against Millennials is that they are accepting, optimistic, and, rather than narcissistic, confident in their future. And odds are that social media won’t ruin them either. 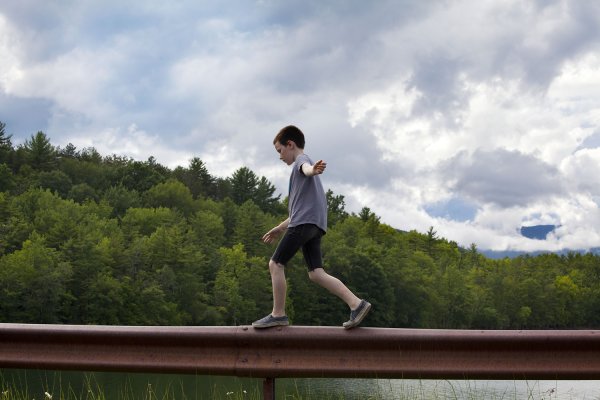 In Defense of Having an Only Child: Yes, I Am That Selfish
Next Up: Editor's Pick