The Wedding That Changed American History

Exactly 100 years ago, on Oct. 7, 1914, John F. “Honey Fitz” Fitzgerald, having just finished his term as mayor of Boston, walked his daughter Rose down the aisle to marry a guy he had doubts about. Sure, the bridegroom was then the youngest bank president in America, but Rose hadn’t dated around enough.

It’s a good thing she didn’t share her father’s doubts. The man waiting at the altar was Joseph Kennedy, and their wedding probably influenced the course of American history more than any before or since, thanks to the fruit of their union. Of their nine children, three became United States senators: Edward, known as Ted; Robert, who also became U.S. attorney general; and Jack — John F. Kennedy — who became a president of no small consequence.

The other children round out the epic American story. The oldest, Joe Jr., died a hero’s death in World War II. Kathleen married the heir to a Duke but lost him in the war less than a month after losing her big brother. Kathleen died at 28 in a plane crash in France. Patricia married a Hollywood leading man, and Jean married a shrewd businessman who became a trusted financial and campaign adviser to the family. Rosemary was intellectually disabled, which led sister Eunice to pursue a lifelong calling that effectively redefined popular understanding and acceptance of people with disabilities through such programs as the Special Olympics.

Joe and Rose were not a perfect couple by most standards. He was unfaithful, for years carrying on with film star Gloria Swanson. As parents, though, they did something indisputably right.

Of course, their children had the best education then available, from boarding schools to colleges like Harvard, Stanford and Princeton. Joe famously led spirited dinner-table discussions of public affairs and drove them to fierce competitiveness in sport. With Rose’s Catholic faith as moral compass and Joe’s money as enabler, the children followed lives dedicated to public service.

And then there was sailing.

When he was president, JFK said privately that the family’s reputation for competitiveness, and his father’s insistence on winning at everything, was often overstated — except in that one arena. Most of the children were obsessive about sailing and winning races. Their parents bought them mostly small boats at first. When they became a family of ten, they named one of them Tenovus. With the birth of the youngest, Ted, the family named another boat, Onemore. In 1932, Joe and Rose bought their children a 25-ft. boat that Jack named Victura. The 15-year-old, a mediocre student of Latin, chose a word that meant “about to conquer.”

Jack and his big brother Joe later teamed up on the Harvard sailing team to win a major intercollegiate regatta. Not long after, they both went into the Navy, where Joe Jr. died and Jack narrowly survived a sinking of the boat under his command. Fifty years later, Ted said it was Jack’s experience on Victura that saved his life and most of his crew. Jack sailed Victura on Nantucket Sound through his presidency. Bobby and Ethel loved sailing it so much that a painting of the two of them sailing Victura hangs to this very day on the dining room wall of Ethel’s home at Hyannis Port. The painting was one of three of that boat, commissioned in 1963 by Kennedy sisters as Christmas presents for their three brothers. Jack did not live to receive his.

When Ted died in 2009, among the many eulogists were four who all told stories of sailing with Ted on Victura. By then 77 years had passed since Joe and Rose bought it. All the children of Joe and Rose, and the Kennedys who came after, told and still tell stories of sailing together. But the sailing was nothing, really, compared to the other things they did.

Before Jack died, he and his brothers loved talking about the space program that got us to the moon. Astronauts were sailing a “new ocean,” said Jack. Eunice campaigned tirelessly for her brothers and successfully made the capabilities of people with disabilities a cause all the family embraced, to this day. Now, together, they work on environmental causes, human rights and children’s interests.

To this day, the grandchildren and great grandchildren of Joe and Rose continue to pursue public service and, yes, sailing. They race boats identical to Victura, even taking them the 30 miles between Nantucket and the very same moorings their grandparents used all those years ago.

James W. Graham is the author of, Victura: the Kennedys, a Sailboat, and the Sea.

Read a 1960 profile of the Kennedy family, here in TIME’s archives: Pride of the Clan 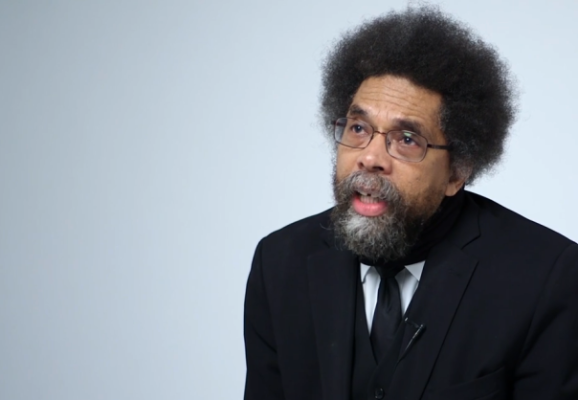 Hear Cornel West on Obama: 'A Drone Presidency'
Next Up: Editor's Pick