Oskar Schindler, the real man who inspired Schindler’s List, got off to a less-than-heroic start. Taking advantage of the Nazis’ ouster of a Polish factory’s original owner, a Jew, he exploited the cheap Jewish labor of the Krakow ghetto to turn a massive profit, which he used to fund his playboy lifestyle.

But witnessing the horrors of war changed him, as is explained by Yad Vashem’s profile of the man whose gravestone — after his death 40 years ago today, on Oct. 9, 1974 — would note that he rescued 1,200 Jews. The profits he had once funneled into his own pleasure or used for bribes that advanced his business interests were soon reserved for hiding and feeding hundreds of Jews, forging identification papers for them and bribing Nazi officers into releasing prisoners from concentration camps. The one-time gambler staked his life on the decision, as well as his money; he was arrested twice by the Gestapo but freed with the help of well-connected — and presumably well-paid — friends in the German army, according to his obituary in the New York Times.

He survived the war, but his money did not.

The former war profiteer and onetime Nazi spy who became known as one of history’s greatest humanitarians found himself penniless after World War II, when Soviet troops commandeered the factory where he had made a fortune manufacturing enamelware, then ammunition. A handout from an American Jewish organization helped finance his move to Argentina, where he bred nutria for fur. That venture failed, as did a second enterprise he undertook upon relocating to Germany. There he bought a concrete factory, which went bankrupt, as recounted in the book Oskar Schindler: The Untold Account of His Life, Wartime Activities and the True Story Behind the List.

After Oskar Schindler sacrificed his livelihood to save more than 1,000 Jews from World War II death camps, he came to rely on Jewish charity for his own survival. For much of the rest of his life, Schindler lived meagerly in Frankfurt, in a one-room apartment financed by donations from those around the world who were grateful for his wartime sacrifice.

Even after his death, Schindler was looked after. He was interred in the Catholic cemetery on Mount Zion in Jerusalem — and is, according to Thomas Keneally, the author of Schindler’s List, the only member of the Nazi Party ever to have been buried there.

Read TIME’s review of Schindler’s List, here in the archives: Heart of Darkness 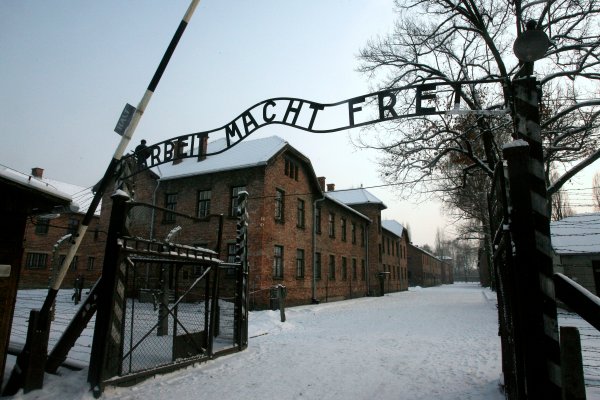