Remembering Steve Jobs, the Man Who Did Almost Everything Right

Steven Paul Jobs, the legendary Apple boss who set the company on its course to becoming the world’s most cash-rich company before passing away three years ago Sunday, is often lauded as a technology visionary. But really, it was Jobs’ business acumen that made him not only a genius, but also a legend. As TIME put it in 1982, in the first cover story about Jobs:

Indeed, Jobs’ drive to “sell a few,” as Woz put it in a 1983 TIME story, resulted in products that utterly changed the world into which they were introduced: The Macintosh, the iMac, the iPod, the iPhone, the iPad. But that drive also made him a pretty tough guy to work for — or work with. “As an executive,” the earlier article explained, “Jobs has sometimes been petulant and harsh on subordinates. Admits he: ‘I’ve got to learn to keep my feelings private'”

Still, if you were able to put up with Jobs’ demanding ways of doing business, Apple wasn’t a bad place to be, even back in ’82. “From the start,” as TIME said, “the Apple team did almost everything right.”

Read TIME’s first cover story about Steve Jobs, free of charge, here in the archives: The Seeds of Success 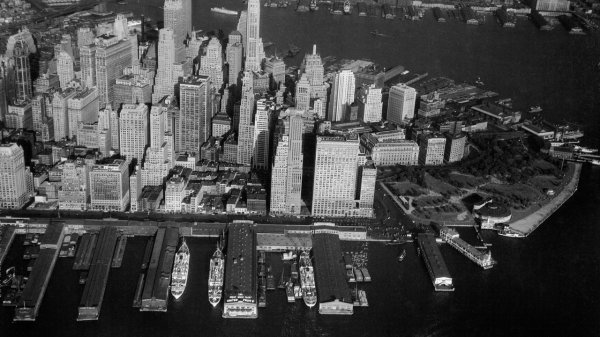 See What NYC Looked Like Before the World Trade Center
Next Up: Editor's Pick