Sweden Will Be Among First European Countries to Recognize Palestinian State

From left: Stefan Löfven and Per Westerberg in Stockholm on Sept. 18, 2014.
Lindahl Bjorn—Aftonbladet/Zuma Press
By Alex Rogers

Prime Minister of Sweden Stefan Lofven announced Friday that his new center-left government will recognize the state of Palestine, making his country among the first in Europe to do so.

“The conflict between Israel and Palestine can only be solved with a two-state solution, negotiated in accordance with international law,” said Löfven during his inaugural address in parliament. “A two-state solution requires mutual recognition and a will to peaceful co-existence. Sweden will therefore recognize the state of Palestine.”

No European Union country has recognized Palestine as a member; EU countries Hungary, Poland and Slovakia only did so before they joined the bloc, according to Reuters. In 2012, the United Nations overwhelmingly voted in favor of Palestinian statehood despite opposition from Israel and the United States.

The negotiations between Israel and Palestine for a two-state solution—creating a Palestinian capital in East Jerusalem and using established borders in the West Bank and Gaza—have sputtered despite efforts by U.S. Secretary of State John Kerry. 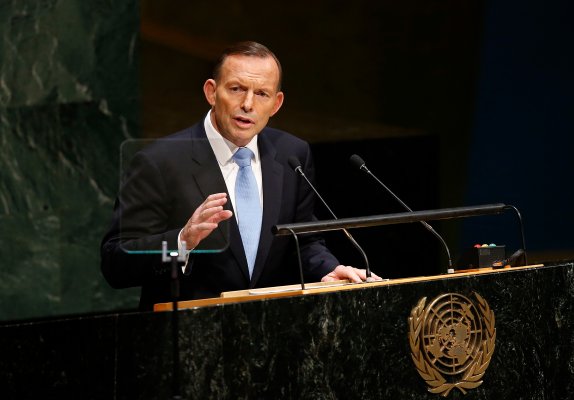 Australia Commits Special Forces to Iraq
Next Up: Editor's Pick