Teachers, students and supporters march near the location of an ongoing Jefferson County School Board meeting, in Golden, Colo., Thursday, Oct. 2, 2014.
Brennan Linsley—AP
By Denver Nicks

Student and parent protestors promised a new round of demonstrations Friday after the conservative majority on a school board in Denver, Colorado suburbs moved forward with an effort to review its U.S. history class curriculum to include more “patriotic” content.

The board voted 3-2 to add new members, including students, parents and administrators to two curriculum review committees, which, Board President Ken Witt said, is expected to review the Advanced Placement U.S. history curriculum. The move comes after board member Julie Williams proposed that the AP U.S. history curriculum be looked over to ensure it promotes patriotism, the Associated Press reports. Protestors accuse the board’s conservative majority of using its position to further conservative political aims.

The College Board, which oversees Advanced Placement classes and testing, introduced a new approach to U.S. history this year that favors examining primary source documents and places greater emphasis on women, minorities and native peoples. Some conservatives and other detractors say the new curriculum is at its core anti-American.

Similar fights have broken out across the country in recent years, particularly with regard to state education standards known as the Common Core, which some conservatives say amounts to government meddling in local affairs. 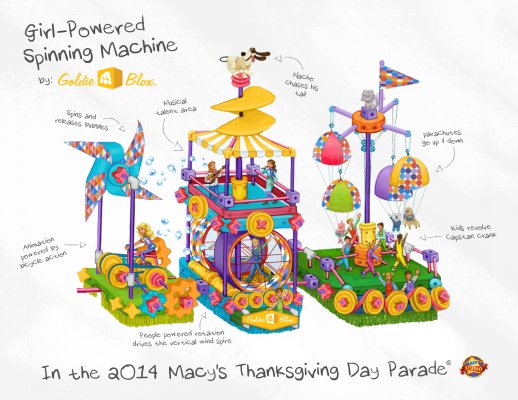 GoldieBlox Will Have a Float in Macy's Thanksgiving Day Parade
Next Up: Editor's Pick